“Community cats” is the catch-all term the animal welfare community uses for feral and stray cats living and thriving outdoors in the community. These cats are generally considered unowned or to have a loose affiliation with one or more people who care for them.

How are Community Cats Different than a Stray or Abandoned Cat?

Community cats are unowned cats who live outdoors in virtually every landscape on every continent where people reside. Like pet cats, they belong to the domestic cat species (Felis catus). Community cats can be friendly or feral cats. Friendly community cats may be cats that have grown up living outside but have learned to trust certain humans. Feral cats are generally not socialized—or friendly—to people. They live full, healthy lives with their feline families (called colonies) in outdoor homes. Community cat sterilization and return programs (TNR) are a humane, effective approach to community cats - it helps keep them healthy and manages the population levels in the communities where they live.

Community Cats are at Home Outdoors

Cats living outdoors is nothing new. For most of their natural history, cats have lived outside alongside people. Evidence shows cats began living near people over 10,000 years ago (before the pyramids were built). It is only recently, with the invention of kitty litter in the 1940s, that cats began living as indoor only pampered pets. Community cats are at home outdoors, just as countless cats have been for thousands of years.

Learn more about the history of cats.

Community cats thrive in their outdoor homes. They are used to living outdoors and are naturally skilled at finding shelter and food all on their own. Studies show community cats are just as healthy as pet cats, with equally low disease rates. Properly managed community cats can also live just as long as pet cats.

Community Cats are Safe Members of the Community

Community cats are not a threat to public health. Since community cats generally aren’t friendly to people and avoid contact, it is almost impossible for them to transmit diseases. Science shows community cats don’t spread diseases like rabies and toxoplasmosis, and cats rarely carry germs that make people sick.

Community Cats Have a Place in the Natural Environment

Cats have coexisted outdoors with wildlife for thousands of years. Reliable science shows that cats are part of our natural ecosystem and do not significantly impact wildlife populations.

Most community cats are generally not socialized, or friendly, to people. That means they are unable to live indoors with people, and are therefore unadoptable. Feral community cats should not be taken to shelters unless they are sick, injured, or not thriving.

What is Trap, Neuter, Return (TNR)

What is the process to adopt working cats?
Cats participating in the working cat program are vaccinated, spayed or neutered, microchipped, and ear tipped before going to a new home. The adoption guidelines and application are linked below and adoption fees are waived.

How does an adopter care for working cats?
Adopters are given instructions on how to introduce their working cats to their new environment during the first two weeks and how to transport cats for veterinary care, should medical care become necessary.

Working cats need to be fed, sheltered and provided care like any other pet.

If you would like to adopt working cats, please fill out this APPLICATION FORM and email it back to adoptions@slco.org.

In the meantime if you would like more information please email cats@slco.org.

Why do they have a tipped ear? 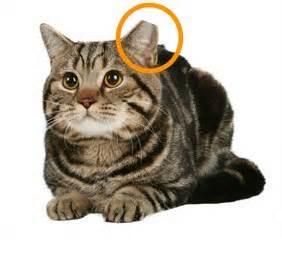 Ear-tipping is an effective and universally accepted method to identify a spayed or neutered and vaccinated community cat.  This is done while the cat is anesthetized for their spay/neuter, and healing is rapid.

The ear tip, usually on the left ear, helps the community to quickly identify that the cat is sterilized (cannot reproduce) as it is difficult to get close to feral cats, and therefore the identification must be visible from a distance. Community cats may interact with a variety of caregivers, veterinarians, and animal control personnel during their lives and so immediate visual identification is necessary to prevent an unnecessary second trapping and surgery.

There are community cats everywhere, and you may not always see them.  But if you or someone you know are having issues with them, Salt Lake County Animal Services can help.

Here are some tips and tricks to help you keep cats out of unwanted areas and keep them safe and happy in your community.

Cats are getting into your trash.

REASON: Cats are looking for food.

Cats are digging in your garden.

REASON: It is a cat’s natural instinct to dig in soft or loose soil, moss, mulch, or sand.

Cats are lounging in your yard or porch, or on your car.

REASON: Cats tend to remain close to their food source.

Cats are sleeping under your porch or in your shed.

REASON: The cats are looking for a dry, warm shelter away from the elements.

REASON: Leaving food out for too long can attract other animals.

Cats are yowling, fighting, spraying, roaming, and having kittens.

REASON: These are mating behaviors. Once the cats are spayed/neutered, these behaviors will stop.

If you are still having trouble or you have questions, please email our Community Cat Team at cats@slco.org . 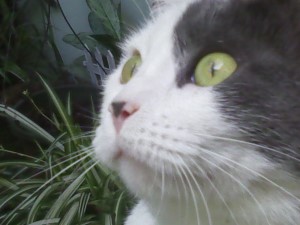 Summary: Under the Utah Community Cat Act, a shelter may release a cat prior to the 5-day holding period to a sponsor operating a community cat program. Such a cat is exempt from licensing requirements and feeding bans.  Community cat sponsors or caretakers do not have custody of any cat, and sterilization and vaccination records must be maintained for a minimum of three years.

If you have any questions please email the Community Cat Team at cats@slco.org.