Gateway to the Stars

Each month in Gateway to the Stars, we explore the sky's seasonal highlights and events in astronomy and space flight.  Nick Jarvis will be hosting it in the Hansen Dome Theater on Saturday, July 6th at 6:45 pm. Purchase tickets online or at the front desk, $2 or free for members.

This month, we'll round-up some of our famous summer constellations, such as the members of the iconic Summer Triangle, and the famous Scorpius. Identifying these constellations will also help you to find some other great summer sights: The bulge of our Milky Way galaxy stretches up from the south during the summer months, and the bright and beautiful Jupiter and Saturn will be easy to spot nearby!

Our brothers and sisters in South America have just had a vivid total solar eclipse July 2nd, much like North America enjoyed in 2017. While Utah missed out on this one, this will be a good chance to review the next great North American eclipses coming in 2024 and 2045. Then, on the 16th, when the Moon has swung around to the other side of the Earth, a lunar eclipse will be visible from much of the Eastern Hemisphere. We'll also use the occasion to look forward to the next North American lunar eclipse, which will be visible in 2021. 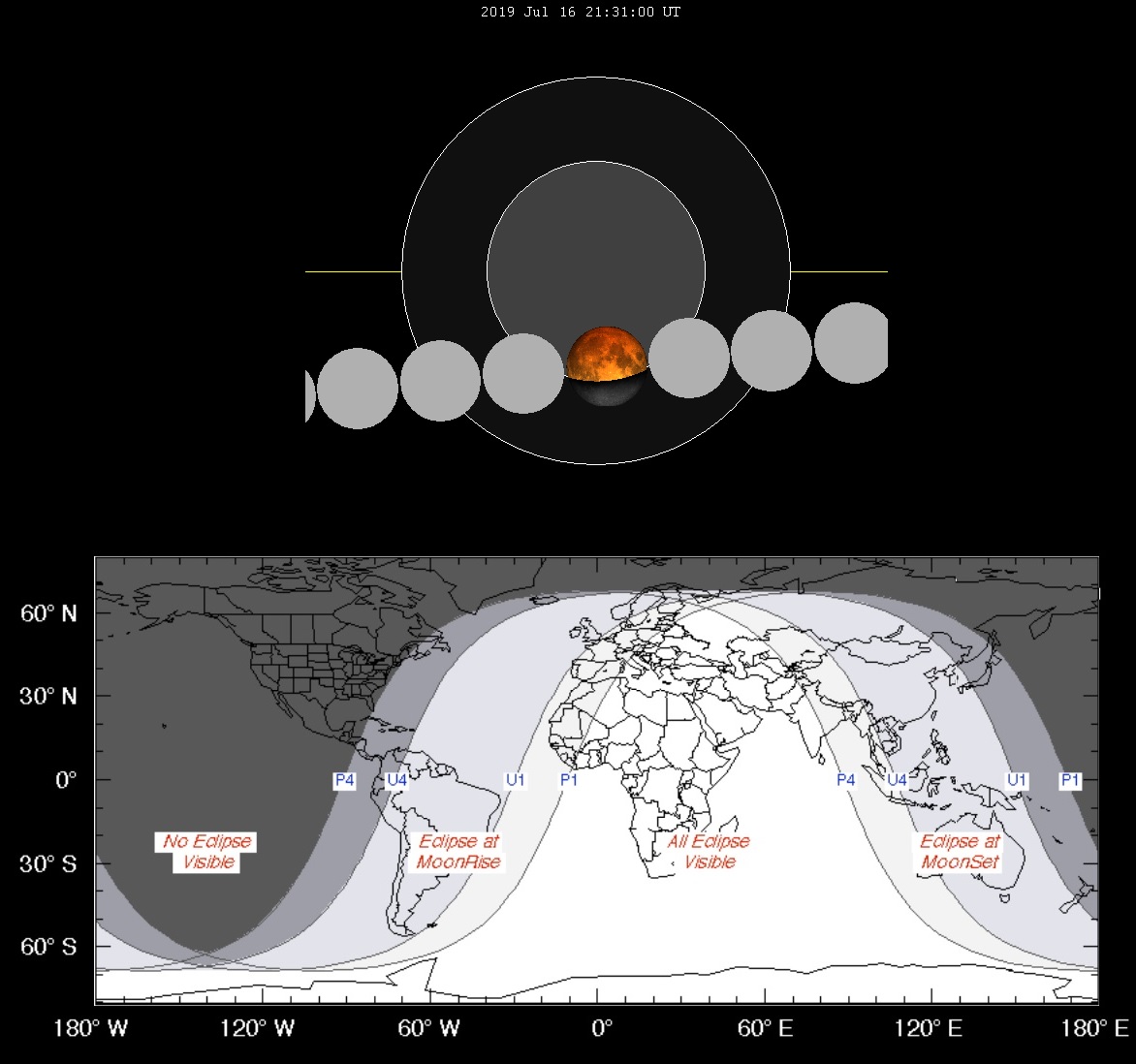 Caption: There will be a partial lunar eclipse 16 July 2019, visible from much of the Eastern Hemisphere. Credit: Tomuen/NASA

Also, some fascinating news from our Mars missions this month. Firstly, the Mars InSight lander has been experiencing some drama deploying its ground-penetrating probe. Also, the Curiosity rover has made some interesting chemical detections - in particular, a swell of methane (don't laugh) - which have astrobiologists wondering about the presence of microbial life under the Martian soil! 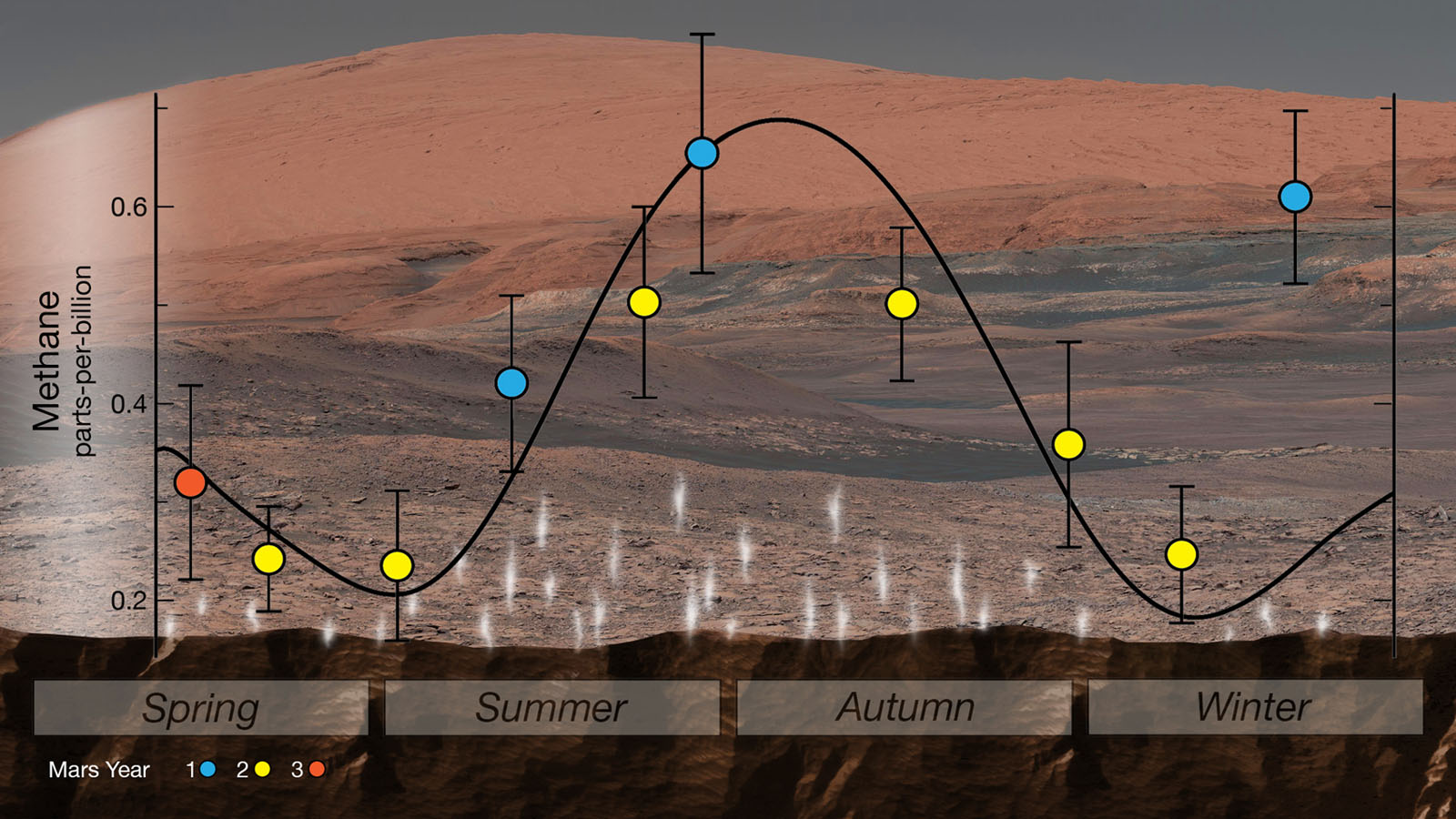 Caption: Planetary scientists were excited to discover a seasonal pattern of methane levels in the thin Martian atmosphere. It decays naturally in sunlight, so it must be fairly fresh; we don't know the source, and a recent surge adds to the mystery! Credit: NASA-JPL

And also this month, we'll commemorate the 50th anniversary of the Apollo 11 Moon landing. Clark Planetarium will be hosting some special events to mark the occasion. Come join us as we talk stars, news, telescopes, and whatever else you want to bring to the conversation in Gateway to the Stars.