Join us for Night Vision on Thursday, August 1, 2019 at 6:45 p.m. to get a closer look at Mercury and the Messenger Mission.

Mercury is the most difficult to observe out of the five planets that are visible with the unaided eye because it orbits close to the Sun.  It cannot be seen against a dark sky from Earth. It is only visible low in the sky during evening or morning twilight. That also makes it difficult to study with telescopes. 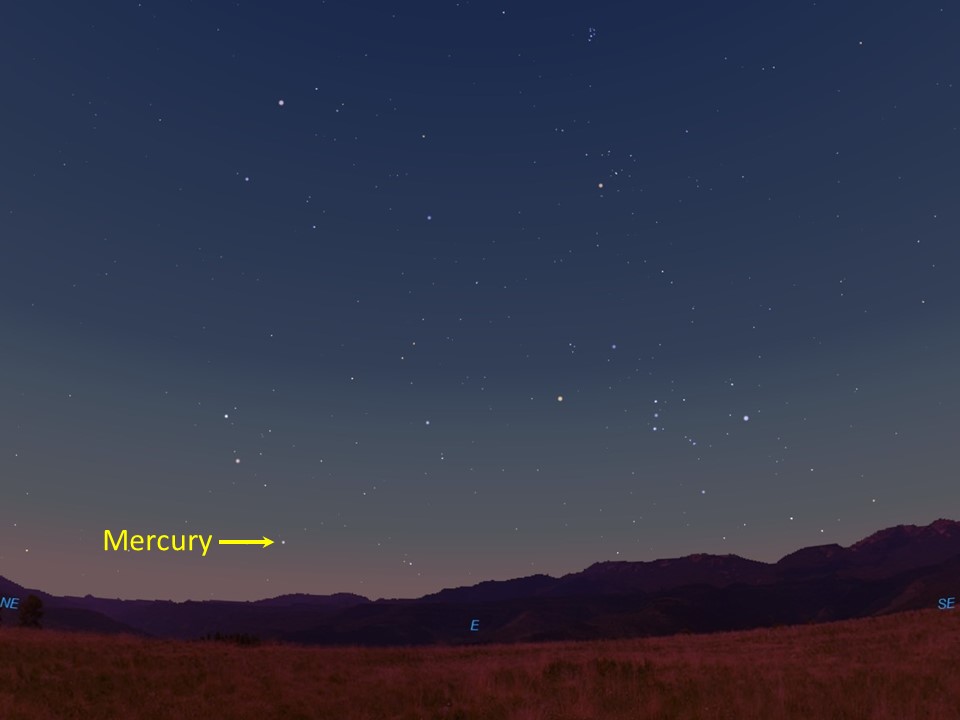 We got our first detailed views of Mercury when the Mariner 10 spacecraft flew by the planet in 1974. While Mariner 10 made important discoveries, it was only able to image half the planet.

Seeing the other side of Mercury would have to wait until the arrival of the MESSENGER spacecraft. Following three flybys, MESSENGER entered into orbit around Mercury in 2011. It examined Mercury in detail with a suite of instruments for over four years.  The MESSENGER mission ended after the spacecraft ran out of propellant. It crashed into the planet’s surface on April 30, 2015.

If you wish to see Mercury, it will be visible in the morning sky from July 30 to August 26. (It appears farthest from the Sun on August 9). Look for Mercury about 45 minutes before sunrise. It will appear low in the sky, about 20 degrees north of east. Binoculars can be a great help in searching for it in the morning twilight.