Skip to main content
SLCo Notice: Salt Lake County is addressing the COVID-19 pandemic throughout various fronts. In order to minimize the spread of the virus, we are limiting public access to various facilities, including the Government Center. Learn more about what we are doing and how we are adapting. More Information 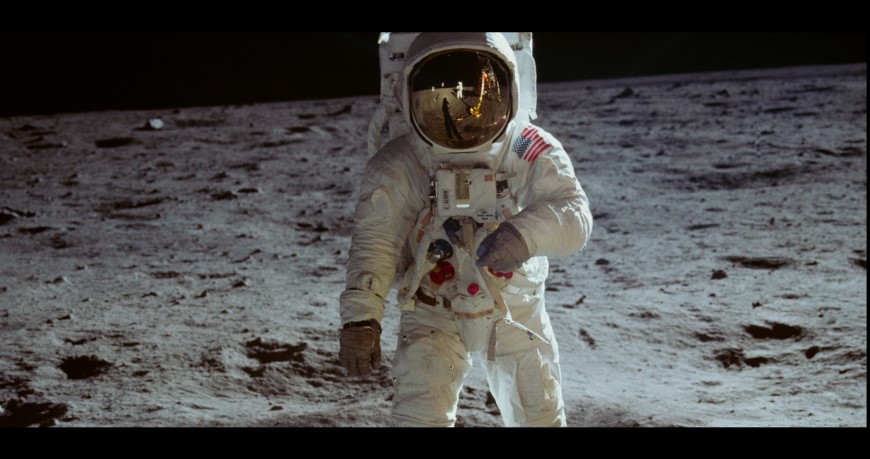 Clark Planetarium Celebrates the 50th Anniversary of First Man on the Moon
“That’s one small step for a man, one giant leap for mankind.”

Salt Lake City, Utah – Clark Planetarium invites the public to celebrate the 50th anniversary of the first lunar landing and the first time a human has set foot on a distant world with five days of activities, July 16th – 20th. The five days mark the time elapsed from the launch of the mission to arrival at the Moon.

“Clark Planetarium is excited to host these activities and celebrate the Apollo 11 anniversary with the community.” said Seth Jarvis, Director of Clark Planetarium. “The Apollo 11 mission inspired the world and 50 years later, we want honor this achievement but also ensure that we are inspiring the next generation of scientist and engineers.”

Activities are as follows:

Wednesday, July 17th 7:30 P.M. – Movies on the Plaza, First Man
The Gateway Olympic Plaza, 400 West 100 South
First Man screening at the Olympic Plaza in the Gateway Mall. FREE and open to the public.

A full day of family-friendly activities celebrating the Apollo 11 Moon Landing anniversary with Clark Planetarium, KUED, Northrop Grumman, American Institute of Aeronautics and Astronautics, Hex Printing, SLCity Library, and the Girl Scouts of Utah. The celebration starts with a free screening of PBS’s Ready Jet Go! One Small Step in the IMAX Theatre. Moon-themed arts and crafts stations, Moon gravity virtual reality experience, and more. This event is FREE and open to the public.
Visuals include kids and families engaging with hands-on activities.

Throughout her career at NASA Jessica has planned and executed multiple flight hardware projects as well as large-scale integrated human-in-the-loop tests, advancing through multiple positions encompassing the development of human space flight system technologies and human research studies. She currently serves as a Health & Medical Technical Authority representative for the Orion program and manages a suite of spaceflight hardware development and certification projects that will protect/ensure crew health and performance during Orion's manned missions. Hosted by Clark Planetarium, Hill Aerospace Museum, and KUED. This event is free and open to the public, but space is limited.

For more information about these events, visit clarkplanetarium.org/apollo11

Clark Planetarium representatives are available to speak with members of the press directly before and during these events. These events are in partnership with Clark Planetarium, Salt Lake County, NASA, Hill Aerospace Museum, American Institute of Aeronautics and Astronautics, KUED, US Space & Rocket Center, The County Library, SLCity Library and the Girl Scouts of Utah. Please contact Andrea Doubek for details.

On July 16, 1969, Apollo 11 launched from Cape Kennedy carrying Commander Neil Armstrong, Command Module Pilot Michael Collins, and Lunar Module Pilot Edwin "Buzz" Aldrin on the first journey to land humans on the Moon. An estimated 650 million people watched Armstrong's televised image and heard his voice describe the event as he took "...one small step for a man, one giant leap for mankind" on July 20, 1969. Armstrong and Aldrin spent 21 hours, 36 minutes on the moon's surface observing and collecting the first geologic samples from the Moon to be returned to Earth. Visit NASA for more information on the historic Apollo11 mission.