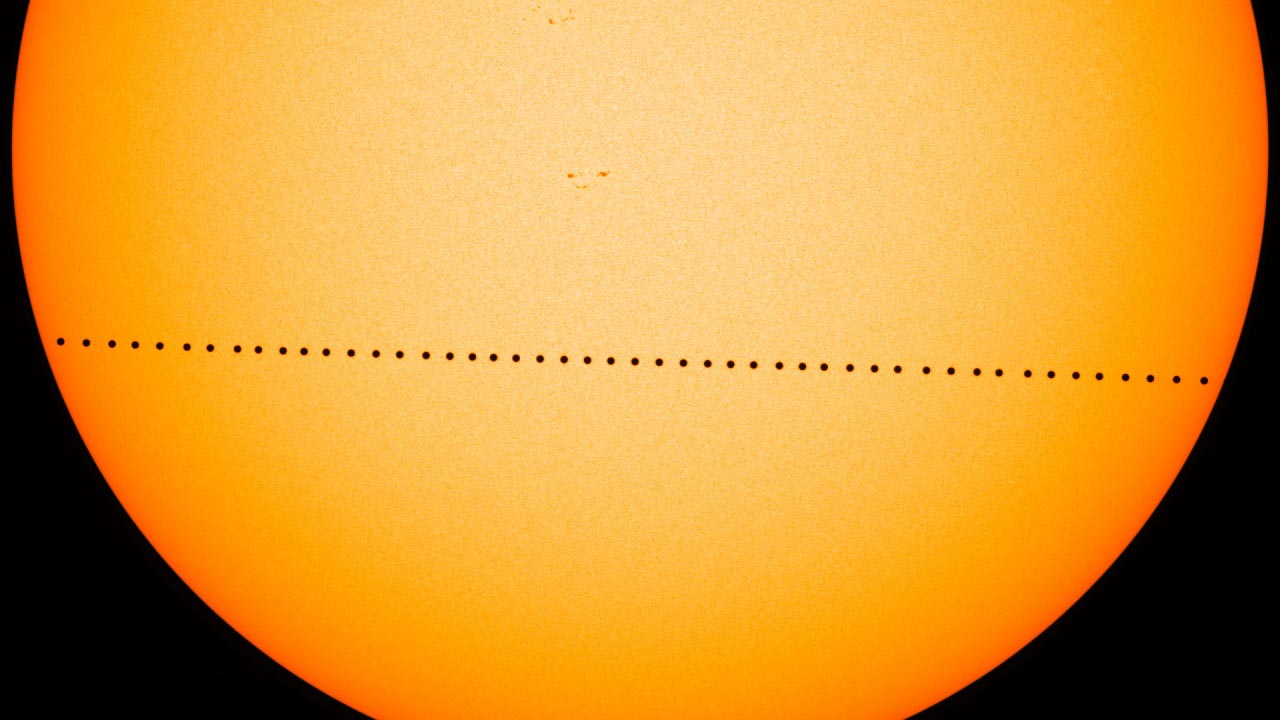 SALT LAKE CITY – On Monday, Nov. 11, between 9:30 a.m. and 11 a.m., telescopes were set up outside Clark Planetarium for a free, educational viewing of Mercury transiting the sun.

A transit happens when Mercury crosses directly between Earth and the Sun. They occur in either May or November – about 13 times every century – and the last such event was May 9, 2016. The next transit will not happen again until Nov. 13, 2032. However, it won’t be visible from the U.S. again until May 7, 2049.

“This event may seem rather unremarkable. However, figuring out how to calculate the motion of solar system bodies in order to predict such events was a very important accomplishment in the history of astronomy,” said Clark Planetarium Educator, Robert Bigelow.

“Mercury is a remarkable planet.” Bigelow added, “It’s the smallest planet and orbits the Sun more quickly than any other planet in the Solar System – only 88 days compared to our 365 days. However, Mercury spins so slowly on its axis, that one day on Mercury is 176 days long.”

Mercury can sometimes be seen with the naked eye near dawn or dusk. However, most of the time it is obscured by the Sun’s glare. One should never look directly into the Sun – viewing this celestial event requires a safe solar filter equipped on a telescope or binoculars.