Today Salt Lake County is full of high-tech businesses, shopping complexes, and growing subdivisions. However, not long ago agriculture was a prominent part of the County's economic and social way of life. Using a variety of documents and photos from the collection of the Salt Lake County Archives, this exhibit illustrates three different aspects of Salt Lake County's agricultural past.

In Salt Lake County farming was more than just a solitary farmer out in his field raising crops. From extension workers and local officials inspecting crops, to boys participating in an agricultural "Boys Club," these photographs from the 1920s reflect the way in which agriculture in Salt Lake County was a family and community affair. 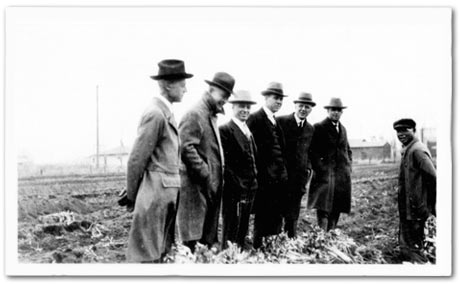 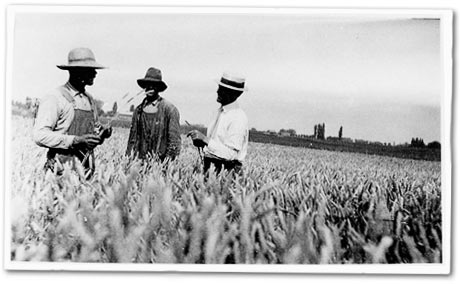 A milk house built cooperatively by the Bluffdale community for the proper cooling of milk, 1922. 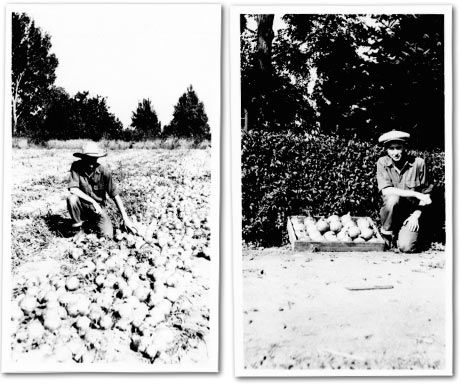 Boys Club members and their crops, 1925.

In the early 1920s, Salt Lake County had over two dozen farming communities, many of which were participating in agricultural improvement activities. Many areas now considered commercial or residential were once the site of farms or dairies. Examples of this were Plainview Farm in Draper and a farm owned by Niels August Pierson that was once located in Midvale.

Plain View Farm belonged to the Sjobolm family and was part of a thriving farming community. As of 1922, Plainview Farm was one of 90 farms in the Draper area. One of the farm's owners, Andrew Sjobolm, was the Director of the State Extension's Community Executive Committee for the Draper area. In 1922 Sjobolm led several agricultural improvement projects, including efforts to create a milk cooling and separating plant to serve the community. 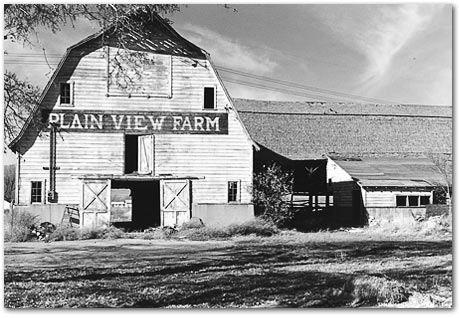 The barn of Plainview Farm remained standing well into the late 20th century as indicated by the photograph above, taken in 1981. 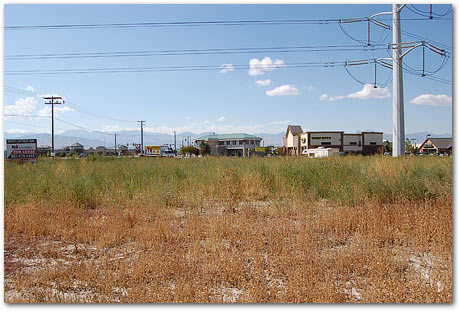 Today, what was once an integral part of an agricultural community has been replaced, transformed into a suburban shopping complex. 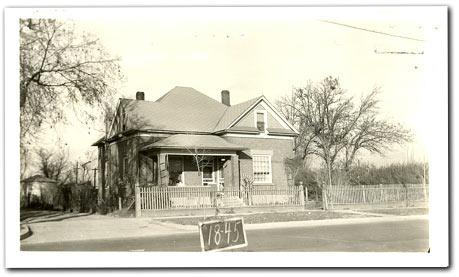 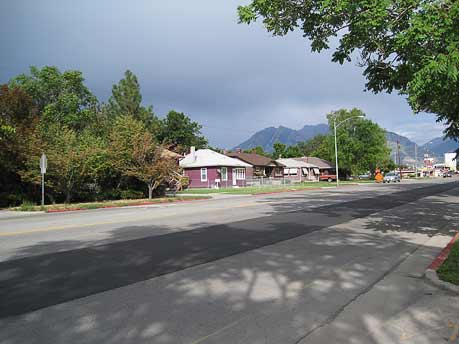 This farm, owned by N.A. Pierson in the 1920s and 1930s, was located about two blocks west of the current Midvale Center Trax Station on the north side of Center Street (7720 South). Pierson participated in a number of State Extension projects as indicated by the photographs below. 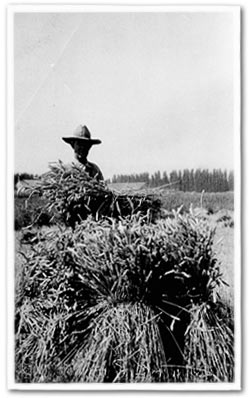 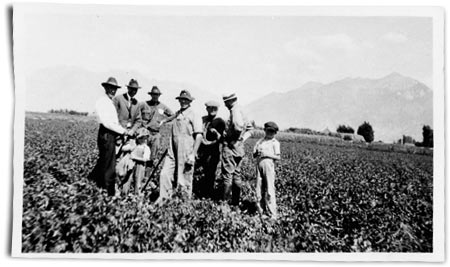 At the farm of N.A. Pierson in Midvale. A field excursion in the interest of potato disease studies, 1922. 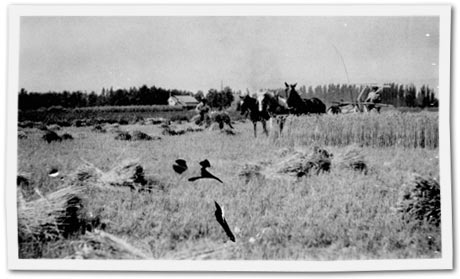 From the 1920s through the 1940s, the Salt Lake County Recorder officially recorded what were known as Chattel Mortgages. In these Chattel Mortgages, people would mortgage personal property in exchange for a loan from an individual or a business. Common items of value mortgaged in these arrangements were livestock and farm or dairy equipment. The listing of these items was often very detailed, extending to the names of the individual animals and drawings of brands or earmarks that distinguished each animal.

Chattel Mortgage documenting the earmarks of sheep included in the mortgage. 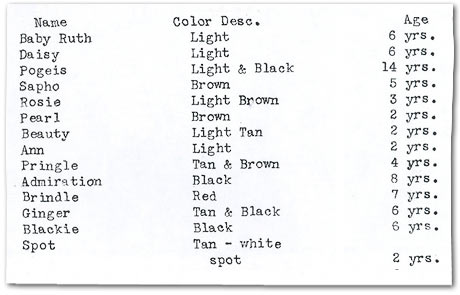 Farms of Salt Lake County: Then and Now: