The United States Army Corps of Engineers (USACE) partnered with Salt Lake County in the early 1960’s to increase the Surplus Canal’s capacity using levees. Federal oversight of levees increased following Hurricane Katrina and the catastrophic failures in the New Orleans levees in 2005. In 2012, USACE conducted a Levee Safety Program Periodic Inspection of the Surplus Canal and identified many deficiencies. In the subsequent 2017 USACE inspection, more than 300 deficiencies were identified and categorized as unacceptable. As a result, the Surplus Canal was delisted by USACE. SLCo is working to address these deficiencies. As a result of the 2012/2017 USACE inspections, a large portion of the west side of Salt Lake City could be mapped by the Federal Emergency Management Agency (FEMA) into a special flood hazard area. If FEMA maps this area as a floodplain, property owners with a mortgage would likely be required to purchase flood insurance. Additionally, the area would not be eligible for federal recovery funding if it floods while it is delisted.

Please open the Surplus Map in a new window here. Enter your address to zoom to your property. The bright line represents the current right-of-way.

A levee is an embankment constructed to prevent the overflow of a body of water. USACE is responsible for the overall regulation of the federal levee system. Salt Lake County is the local sponsor partner of the Jordan River levee system, which includes both banks of the Salt Lake County Surplus Canal. The Surplus levees along the Jordan River and Surplus Canal run from the Mill Creek confluence downstream to the Goggin Drain west of the Salt Lake City International Airport. 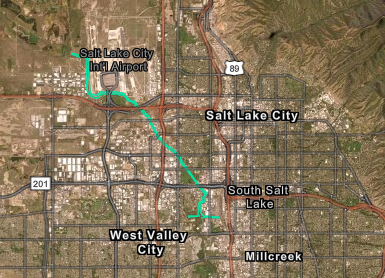 What process can I expect? 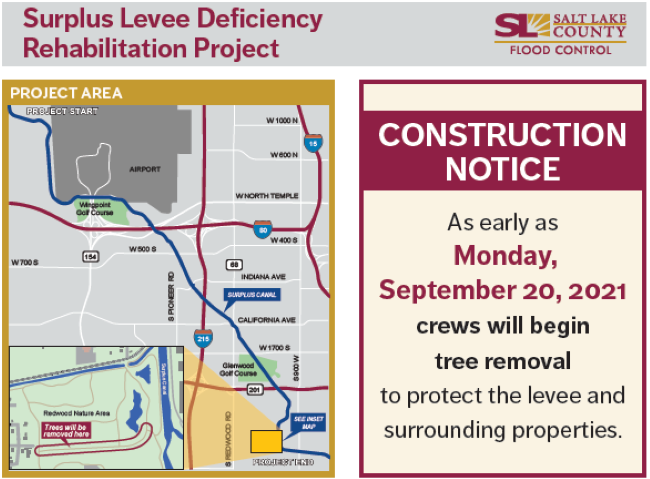