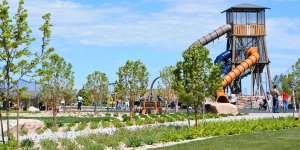 Located in Kearns Township and West Valley City, Lodestone Regional Park is one of three regional parks funded by the $47 million Park Bond, authorized by voters in 2012.  Master-planned in 2010, the property is bordered by single-family housing, 6200 South, and the Mountain View Corridor. 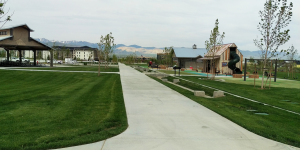 Located in Draper, Wheadon Farm Regional Park is one of three regional parks funded by the $47 million Park Bond, authorized by voters in 2012. The Gene and Deane Wheadon farm was a working farm from the early 1900s to 1997, when a conservation easement was placed on the property by the Wheadon family. The 64-acre farm was purchased by Salt Lake County with the 2006 Open Space Bond and master-planned in 2008. Phase I was constructed with funds from the 2012 Park Bond.

In case of a park related emergency after hours/on weekends or holidays please call 385-468-6101.