For Sandy resident Eduardo Hernandez, architecture and design is a family business. COVID-19 Hasn't Changed That.

For Sandy resident and business owner Eduardo Hernandez, architecture and design is a family business.

Eduardo operates H4 Design & Construction – a company offering services from architectural and engineering design to various aspects of construction. It’s a set of skills running through the blood of the 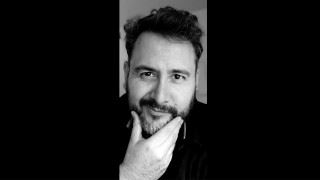 After growing up surrounded by architecture, construction sites, and buildings due to his father’s work, Eduardo decided to study architecture at the Universidad Autonoma Metropolitana in Mexico City.

Three years after graduating, he won an award for his architectural design of a monument — a contest with fierce competitors, among them famous Mexican architect Pedro Ramirez Vazquez. From there, he grew his business and made several buildings in Mexico featuring contemporary designs and saw more awards for his hard work. With 10+ years of experience and success under his belt, in 2006 he set his eyes on the American market and started a business in Texas. Unfortunately, shortly thereafter the Great Recession hit which created widespread difficulties for many in the construction and real estate sectors. It was a setback.

When his oldest daughter Rebeca moved to Utah to attend Brigham Young University and study civil engineering, the family saw it as an opportunity to relocate together and grow the family business.

“When I moved to Utah, we started slow and steady making some house remodels and residential projects,” Eduardo said. “When people came to know us, we got more projects — interesting ones — like we’re doing now. The cities trust us. We have good communication.”

His other son and daughter are also studying to become architects at Salt Lake Community College and plan to transfer to the University of Utah. Once they graduate, they plan to work alongside each other and eventually take over H4 Design. In the meantime, both of his daughters are gaining valuable experience in their roles as project manager and drafter.

A new setback, however, caused the business to adapt once again: the economic and health impacts of COVID-19.

“We have had a setback, but it is not too hard like the one during the [Great] Recession,” Eduardo said.

This year, H4 changed its approach. Previously, the business was invested in designing and constructing restaurants. The food service industry is within the top 3 industries most significantly impacted in Salt Lake County, according to taxable sales decreases reported the past five months. H4 lost two major buffet-style restaurant accounts after COVID-19 forced the restaurants to cancel their plans. It significantly changed the business’ schedule.

To help H4 in adapting its focus, the family business applied for Salt Lake County’s Round 2 of the Small Business Impact Grant on August 11. He was approved and received funds by August 26.

“We’re glad to receive it. It helps a lot right now because [the grant] helps to keep the business running. It gives us the chance to move from point A to B, to survive. We will survive with this.”

The Small Business Impact Grant, that helped Eduardo and H4 Design, closes applications on Sept. 18 at 5 p.m. There's still time for more small businesses to apply. Do it now at slco.org/covidgrants/.