Community gardens can be beneficial to community members and the environment for a multitude of reasons including increasing access to fresh foods, improving food security, providing a great space for neighbors to connect while enjoying the outdoors, etc. In recognition of these potential benefits, Salt Lake County (SLCO) has made it a goal to support community gardens at various locations throughout our county. To accomplish this, SLCO’s Parks for Produce program (PFP) partners with Wasatch Community Gardens to create and sustain community gardens in underutilized county parks.

Parks for Produce currently has 5 gardens located at the following parks:

Wasatch Community Gardens supports the County in the development of new, flourishing parks gardens and manages the day to day operations of existing gardens. If you would like to participate in one of our existing gardens, please contact Giles.

The Parks for Produce program has requested funding to create one new community garden in 2019. To start a garden in your neighborhood, please review the PFP application and email theProgram Manager.

Please note: Final approval of an application is based on demonstration of community support, funding for that fiscal year, and approval from all stakeholders such as park boards.

Our commercial farming program connects farmers to farmland. We lease Salt Lake County land that is currently being unused or is under a conservation easement to commercial farmers and other farming organizations. We also connect farmers to public entities and private landowners through our Farmlink program. 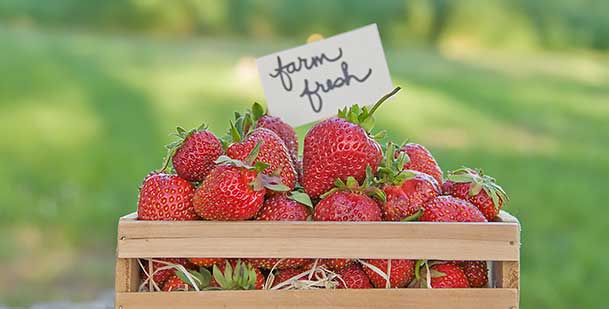 Salt Lake County has four parcels of land that are currently being leased for commercial farming to increase local food production in our county.

For many years, this property in Draper was the site for Gene and Deane Wheadon’s farm. At this farm the Wheadons raised poultry, tomatoes, peppers, alfalfa, and it was best known in its later years as Gene's pumpkin patch. The property was placed under a conservation easement with Utah Open Lands in 1997. Salt Lake County purchased the property in 2008 committing to keep the land open to the public by creating a regional park on the site and providing space for urban farming. Currently, the site has two large parcels of land that are being leased to farmers for commercial production.

The International Rescue Committee, in partnership with Salt Lake County, formed the New Roots Program in 2010 and opened its first farm stand the summer of 2011 after securing a three acre urban farmland site through the county's Urban Farming program. In the years since, New Roots has grown to encompass more than 30 refugee farmers receiving instruction, resource access, and technical assistance on business and agriculture from New Roots, in addition to growing and selling affordable and culturally appropriate vegetables. The New Roots program also addresses healthy food access barriers in diverse low-income communities by managing a community garden network - in partnership with other local non-profits - that helps refugees grow supplemental food by accessing a garden plot near their home.

In June 2014, New Roots opened a new Saturday afternoon farm stand in Sunnyvale Park (4013 South 700 West), which is managed by Salt Lake County. In June 2015, the market expanded into a multi-vendor affair known as the Sunnyvale Farmers Market that provides more produce volume and selection to residents of the Sunnyvale neighborhood and works with neighborhood residents and partners like Utah State University Extension’s SNAP Education program and the Sunnyvale Neighborhood Center to increase healthy food access and nutrition education opportunities for low-income and diverse residents. The market also offers a limited match incentive program where customers who are eligible for SNAP, WIC or SSI and double their fruits and vegetable-buying power.

The Urban Farming program leases three small parcels of land to the Green Urban Lunch Box in South Salt Lake City. The three parcels are .77 acre, .82 acre, and .83 acre respectively and are utilized for intensive vegetable production, animal husbandry and a community orchard.

The Green Urban Lunch Box (GULB) is a Salt Lake City based nonprofit that promotes local farming and healthy eating through a food system that is sustainable for the environment and our community. GULB’s overarching goal is to empower people – from children to senior citizens – to grow food using resources already available within their communities.

Working with Salt Lake County has allowed GULB access to a valuable piece of land right in the heart of Salt Lake County. This land allows them to grow food for low income families, experiment with new urban agricultural practices, and have a convenient location for our Small Farms Initiative. This program focus on growing food in small urban spaces, enabling new farmers to move on from their training program and begin their own urban farms.

The Farmlink program aims to link available land in Salt Lake County with interested growers. Some land may be owned by public entities such as Salt Lake County or a municipality, while some may be privately owned. Private landowners are motivated to lease land for commercial farming because the Utah Legislature has provided an opportunity for property tax reduction, given certain circumstances.

Interested farmers should fill out this application and email it to Wayne Johnson or by mail at: 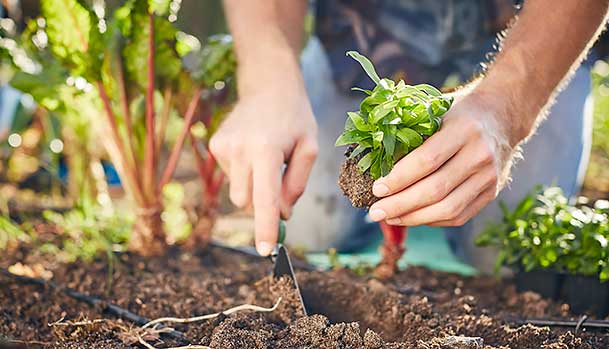 Numerous studies have evaluated and determined the positive impact of nutrition education programs on fruit and vegetable consumption among children and adults to reduce the incidence of obesity and related diseases. Salt Lake County’s Farm to School programs play a critical role in helping children understand the importance of healthy eating habits and exercise.

Our Farm to School program hosts a Farm Field Day event at an elementary school each year. The goal of the event is to get students excited about eating fruits and vegetables and to help them build a connection to their food, local agriculture, and the natural world. The event is a partnership between the Farm to School program, the school district’s nutrition services staff, and staff and administrators of the elementary school where the event will be hosted. The event is set up in the gym similar to a trade show format. There are numerous tables with various activities and taste tests to increase students’ understanding of nutrition, agriculture, and the importance of eating a balanced diet. To see pictures from past events please visit our Urban Farming Facebook page. If you are interested in hosting a Farm Field Day event at a school near you, please email Supreet.

The Farm to School program facilitates relationships between local farmers and institutional markets to increase demand for local foods. If you are an institution such as a school district or a hospital interested in sourcing local food or if you are a local producer interested in selling to institutions, please contact Supreet.