Jenifer Nii’s latest play, THE WEIRD PLAY, is the second subscription offering of Plan-B Theatre Company's 2017/18 Season - our 27th season! Performances are March 1-11 and tickets may be purchased online.

Jenifer proudly calls Plan-B her creative home. She has previously premiered five plays with the company: KINGDOM OF HEAVEN (the first original musical in our history created with composer and co-lyricist David Evanoff); THE SCARLET LETTER and SUFFRAGE (garnering back-to-back nominations for the American Theatre Critics Association/Steinberg Award for Best New American Play Produced Outside New York); RUFF! (our third annual Free Elementary School Tour); and WALLACE (co-written with Debora Threedy). THE WEIRD PLAY is a co-production with Sackerson and is a recipient of the Dramatist Guild Foundation's inaugural Writers Alliance Grant. 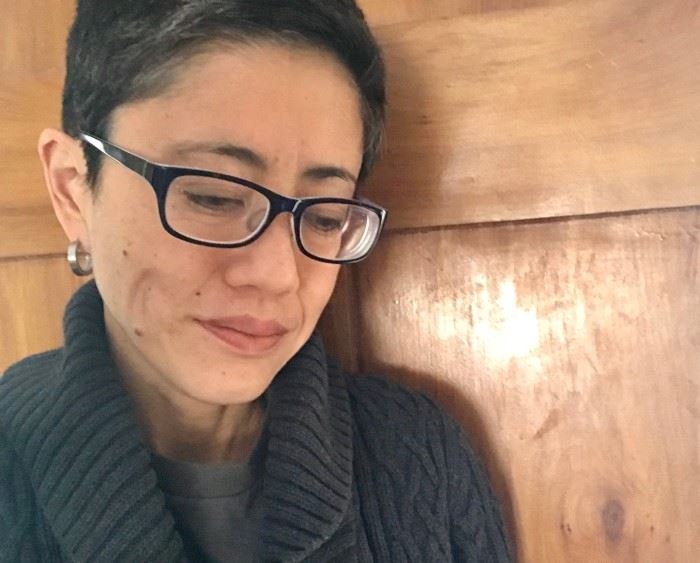 It’s all in the title, I suppose. I just couldn’t think of another way to describe the content or the process of my latest play. It’s all different, and weird. My hope is that it’s a good weird, and not just weird weird.

THE WEIRD PLAY began as a challenge to myself: to step outside everything I was comfortable with and everything I’d done before, to face head-on the aspects of theatre that had frightened me in the past. I wanted to experiment with language, to discover whether I could retain my “voice” using another style of expression – and a style I wasn’t seeing presented in theatre at the time. I wanted to utilize the set, light, props, and movement in a way I hadn’t tried before. It’s the first time I’ve scripted in any detailed way a vision of what I wanted the piece to look like, and to use those elements as characters with roles to play. And, I wanted to write something that invited (required, really) audience members to participate and determine what the play is about and what it means to them.

This play is different also in that we had three (THREE!) readings before the play was cast. The cast changed each time. The first time, it featured two men and a woman. The next two readings featured women. I wrote it with that possibility in mind – that it might be gender-blind, or at least flexible. It also is meant to be race-blind, and to some extent flexible in the age of the cast. At least, that was my hope.

The reaction by audiences at those readings was fascinating, and tremendously exciting. Opinions varied rather dramatically regarding both the subject and the theme of the play. Some were what I had in mind, while others came out of the blue and reflected a completely different interpretation of what happened on stage. I LOVED hearing the difference, and the range of those differences.

At its core, THE WEIRD PLAY is about love. Maybe it’s first love, the ecstasy of love, really bad love, self love, religious love, the end of love, moving on from love. For me, it was about all of that, some of that, and maybe something else. Weird, huh.

Also, for me, it’s about just loving theatre – the process of making it and celebrating what it can do to engage us as an entertainment event, and with one another. It’s unique, theatre is. It’s special. I hope THE WEIRD PLAY reflects, serves, and contributes to that in some small, if also weird, way.