Art Programs for Adults with Disabilities Fill a Community Need

Register
for a
Tanner Dance
class for
adults today.

Since the 90s, Tanner Dance has been holding classes at their University of Utah studios for children with disabilities, and in recent years, many of these students have reached adulthood. For example, Nathan, a Salt Lake County resident with Down syndrome, recently graduated from high school at age 22. Nathan began dancing at Tanner when he was eight years old, and according to his mother Ann, those classes were influential in helping Nathan develop skills like motor ability and social interaction. Now that Nathan is 22, he is too old to participate in post-high activities through Salt Lake City School District and he was finding himself with plenty of free time. His mother Ann said, “There’s nothing for these kids to do during the day, so they spend the bulk of their time watching television and browsing social media.” After conversations with families like Nathan’s about the need for more opportunities for learning and growth for adults with disabilities in this community, Tanner Dance launched two new arts programs for Nathan and his peers in 2016. 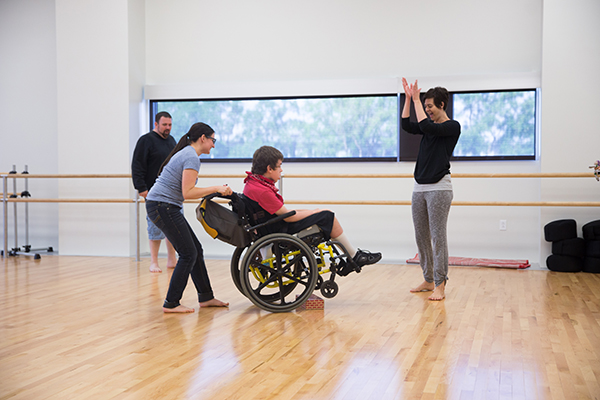 This first program, Elevate Theater Company, began in January 2016 for participants like David, who enjoys his job as a mail courier at the Salt Lake County office building. Because of David’s cognitive disability, his mother Joan has advocated throughout David’s life to get him access to the best programs that will increase his activity levels and opportunities for friendships. Joan and Tanner Dance worked together to model Elevate Theater Company after Detour Company Theatre in Phoenix that facilitates the production of multiple musicals each year performed by hundreds of participants with physical and/or cognitive disabilities. 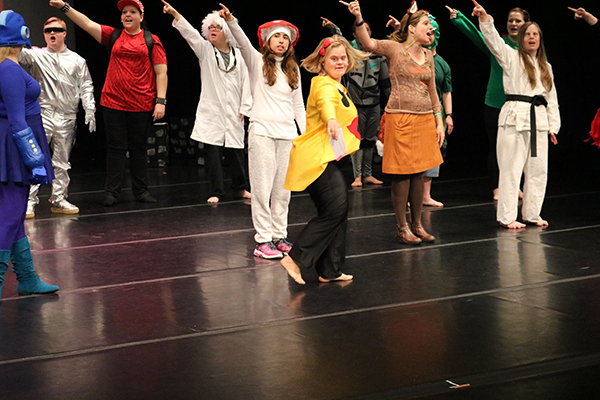 In Salt Lake City, Elevate Theater Company began with thirteen participants between the ages of fifteen and 65 who learned music, dance, and narration from various Broadway hits like “Oh The Thinks You Can Think!” from Seussical the Musical, which they performed for friends and family in April 2016. The company reconvened in August 2016 on Saturday mornings to learn and rehearse a full-length production titled Press Start, which they performed in Tanner Dance’s Black Box Theater to over 300 members of the community. Press Start is a musical about classic video game characters (think Pac Man and Mario) who decide to hold a musical fundraiser earn gold coins and get more lives. This performance, which took place on May 6, 2017, included professional sound and lighting, costumes created by the participants, and speaking lines for every participant who had the ability to speak. As of spring 2017, twenty adults participated in Elevate Theater Company with a waiting list of ten more potential participants.

The second program Tanner Dance created is titled LEADD (Learning and Engaging through Arts Discipline and Development), and it launched in August 2017 to provide afternoon art classes to adults ages 22 and up with physical and/or cognitive disabilities. This program took place on Thursday afternoons during the 2016-2017 school year, and students worked with experienced arts specialists and therapists to learn music, dance, and visual art. Through arts experiences, these ten students enhanced skills like communicating verbally, increasing spatial awareness, interpreting directions, working with someone else toward a common goal, recognizing themes and patterns, and asking for help. They ended the year with an art gallery and performance titled Self-Portrait, where the exuberance and joy of the performers left the audience in tears. 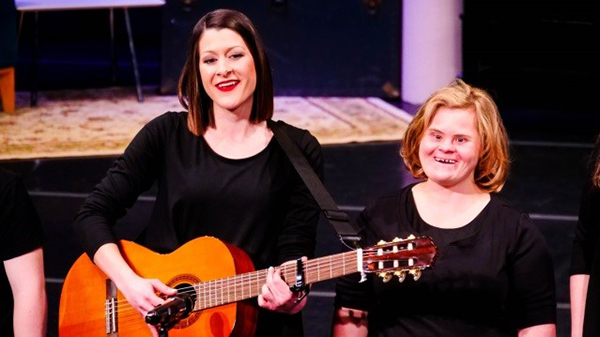 Both LEADD and Elevate Theater Company will grow in capacity for the 2017-2018 school year, and they are currently taking new registrations through Tanner Dance. Tuition is subsidized by ZAP, and Tanner Dance also offers needs-based scholarships and is a provider for the Utah Division of Services for People with Disabilities, making these programs possible for all. LEADD and Elevate would also not exist without the tireless help of dozens of community volunteers, including university and high school students, who participate alongside students and assist in their learning. 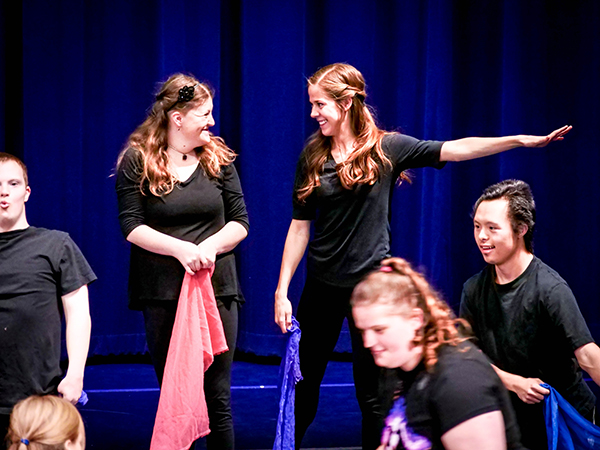 Nathan participates in both the LEADD and Elevate programs, and his mother Ann says they have helped him be creative, strengthen his mind, improve his conversational skills, and provide him with continuing education on a university campus. Providing an engaging and joyous life for adults with disabilities is a community effort, and Tanner Dance is grateful for the support that makes this possible.

Lyndsi Pace has worked in dance company management for five years. She serves as Program Manager for the University of Utah Tanner Dance Program, specializing in marketing and development. One of her favorite projects at Tanner has been helping to develop arts programs for people with disabilities. Lyndsi holds a bachelor’s degree in Entrepreneurship from Brigham Young University and a master’s in Arts Administration from Boston University.