During intermission at our concert in Salt Lake City, funded in part by our ZAP grant, and presented by the Park City Chamber Music Society, a man from the audience asked if it would be alright for him to speak to the audience at the conclusion of the concert. The concert venue was the beautiful All Saints Episcopal Church on Foothill Drive, not too far from the University of Utah. The artists put on a wonderful performance featuring string quartet, clarinet and classical guitar in various combinations and program included the Mozart Clarinet Quartet, a Mozart Flute Quartet and "Fratres" for Violin and Guitar. 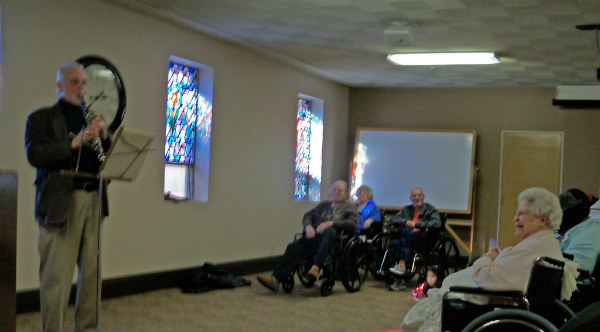 Though we often recognize many of the audience members, we did not know this mystery patron.

Our guest appeared to be in his late 60’s or so, and was very sincere. We assured him he could speak. The free concert was well attended. The performance  received enthusiastic applause. When the applause ended, we quickly “set the stage” by asking if anyone from the audience would like to make a comment on the performance. He raised his hand, and we invited him to come up to the front. Our guest told the audience -- and the artists -- that the concert meant so much to him. It lifted his spirits and provided him with an evening where he was transported by the music.

He confided that this was a difficult time for him.

He had happened upon the concert while he was in the middle of receiving  treatments at the Huntsman Cancer Institute nearby. He thanked the performers for giving him such a wonderful evening.  Needless to say, we were all moved by his comments. 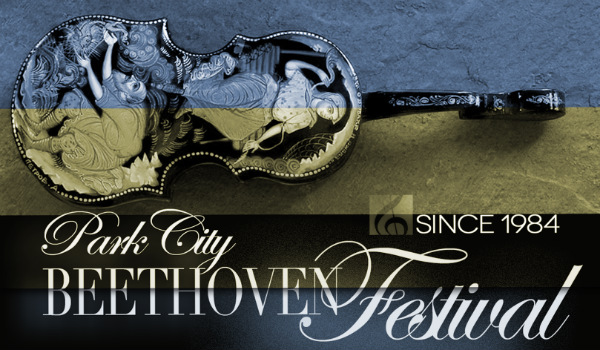 Just to add a personal note:

This “confession” was especially meaningful to me. Only a few weeks prior to that concert, I had also undergone cancer surgery and could not perform that evening.

The arts do remind us how wonderful it is to be alive.

Leslie is a violist and founder/co-director of the Beethoven Festival Park City. She and her husband, clarinetist Russell Harlow, run the festival and live year round in Park City.