Beyond your Demographic: Cross Over Films

I grew up in a rural town of Salt Lake County known as Riverton, Utah. It’s not a small town anymore, the urban sprawl has eaten up most of the open fields, but when I lived there cows were my backyard neighbors.  Most of my culture came from the movies, television, and the occasional community play.  I didn’t know any gay people growing up; at least none that were openly gay to me.  My exposure to the gay community came in the form of 90’s television stereotypes, the quirky best friend that never gets the girl but never seems to mind, or the tough gal who fixes things and wears a leather jacket. I vividly remember after high school two young men from a restaurant I worked at took me to my first Salt Lake City PRIDE event. This is probably as a good time as ever, to come out and admit I’m straight. From that day forward I have been so impressed with the warmth of this community, they accepted me for me, didn’t try to change or recruit me, and have never looked down on me for my narrow-minded sexual identity. The more I hung out with these friends, saw their struggles and celebrated their triumphs, the more our differences faded away and they ceased being my gay friends, and me the straight girl, and we were just friends.

Nine years ago I began working for the Utah Film Center and one of my first major events was the Damn These Heels film festival, the only LGBTQ film festival in Salt Lake City.  The festival celebrates its 14th anniversary this year and is an opportunity to honor our differences and relate to one another through the commonalities.  Over the past nine years I have worked with numerous directors, producers, and actors as they tell the stories that they don’t see in mainstream media. If these films were shown at the multiplex, we wouldn’t need an LGBT film festival. But for reason’s I don’t care to dignify with a discussion, these films -- many award-winning films from international film festivals -- don’t see the widespread distribution that they justly deserve. Films like Pushing Dead, which will be shown Sunday July 16th at 12:15 pm. This film has received one the highest honors a festival can bestow on a film, the Audience Choice award, not once but four times, along with two Jury awards, and a Best Director award! Pushing Dead tells the harsh truth about what happens when you’re thrown off your Medicaid because the government thinks you make too much money. This topic hits home for many Americans but when you add that the character is HIV positive, we call it an LGBTQ film.  (While the film might sound like a downer, truth can be funnier than fiction so don’t pull out your tissues just yet. ) 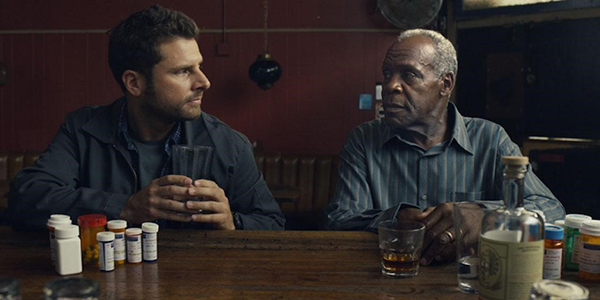 In the film industry we call them “cross over” films -- films that appeal to wide audiences regardless of your sexual preferences and gender.   As with the mainstream media we can’t pretend to know what films will resonate with each person or “demographic.” I’d hate to be contained in the white, heterosexual, woman in her 40s box.  I want to see films that make me laugh, cry, or challenge the way I view the world.

In order to program for such a wide array of interests, Utah Film Center curates a community programming team to view hundreds of films and whittle the choices down to 35-50 films at which time our programming staff selects the best 20 or so films. This year’s line up is rich with talent, subject matter, international representation, narratives and documentaries.  Chavela is one of the a documentaries at the festival, it screens Saturday July 15th at 10 am. The film traces the legendary Mexican singer Chavela Vargas whose beauty and charm gave her success worldwide but she couldn’t outrun her demons and only found happiness when she began to live her truth by coming out at 81 years young. 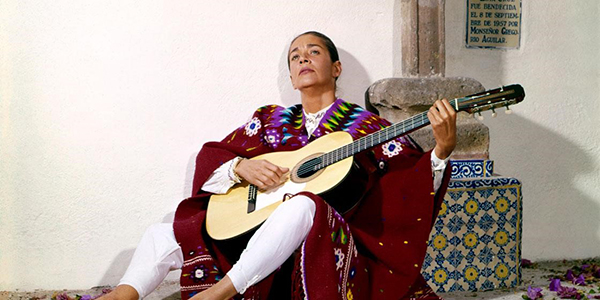 As parents, I know all we want is for our kids to be safe, healthy, and happy. This struggle is even harder when your kids are faced with discrimination and bullying and not just on the playground but by adults who should know better. In Raising Zoey, Ofelia Barba fights for her daughter to have a safe future where Zoey is free to  pursue her happiness. 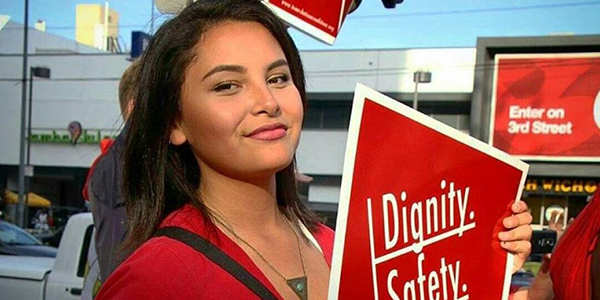 Whether straight, L.G.B.T. or Q these films don’t separate us, or categorize us, they are meant to bring us all together under the umbrella of humanity. No matter where you reside, or what demographic box you fill out, I hope you’ll join the Utah Film Center July 14-16th at the Rose Wagner Performing Art Center for the Damn These Heels film festival and then lets just all be friends.

Mariah Mann Mellus is currently the Development Director for the Utah Film Center, but has previously held the title of Marketing Coordinator, Outreach and Membership Coordinator, and Education and Community Program Manager. When not at Utah Film Center Events she supports the community by way of the Utah Cultural Alliance, and multiple community boards.  She and her husband Derek have two beautiful children whom they hope to raise to tell their own stories and to listen, serve, and support the community wherever needed.