BREAKING NEWS: the theme for the 7th Annual ROSE EXPOSED is … wait for it … BREAKING NEWS!

By Joanne Roland and Kary Billings from Gina Bachauer

ROSE EXPOSED was launched initially to spotlight the art performed at the Rose Wagner Performing Arts Center (also known as “The Rose”) and also to raise the profile of this under-appreciated venue to something beyond “the building across the street from Squatters.” We six resident companies happily co-resided within the facility for years. Creating this now-annual event together has taken us from neighbors to collaborators, and is a welcome opportunity to share and explore each other’s distinctive artistic personalities.

It is a joyous thing to collaborate on a “one night only” performance, bringing to light what Stephen Brown of SB dance calls “the richest part of the local cultural ecosystem.” The synergy of making cooperative performance art has proved energizing to the performers and creators and has delighted audience members for the past six years on the last Saturday in August. 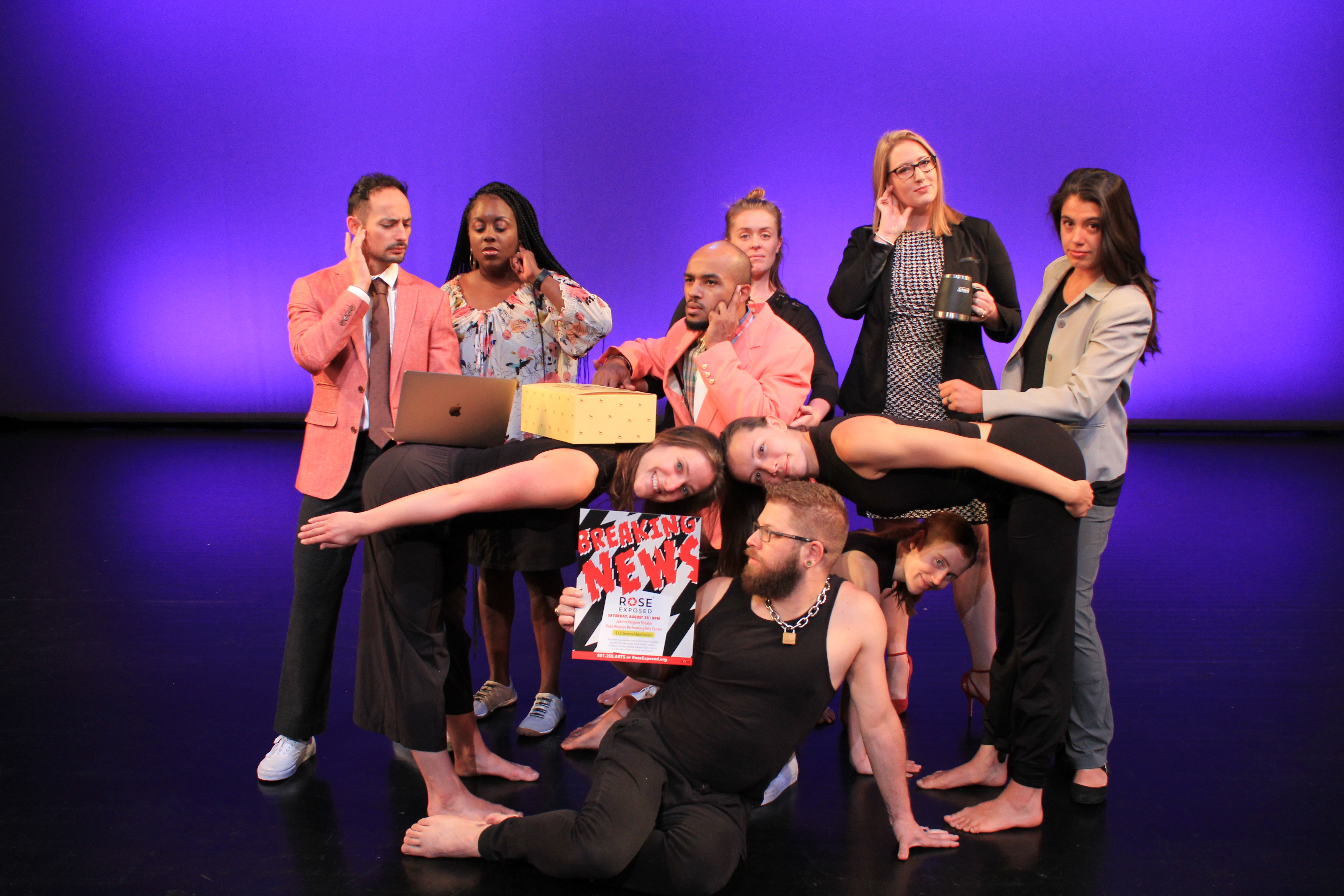 Initially, the event was a day-long festival culminating in a variety show featuring each company in a ten-minute performance created that day. An early afternoon child-friendly program was also a feature the first two years. For example, a collaboration between Plan-B and The Bachauer, brought forth an interactive theater piece telling the story of “Peter and the Wolf,” which was subsequently performed in more than 25 elementary schools.

From 2014-2016, we made a more direct impact by donating the evening’s proceeds to a community-based organization from whose work we could draw inspiration. The Road Home was the recipient of the 2014 gift, and the partnership influenced the art with each company creating a piece based on the theme of “Home.”

In 2015 Art Access shaped the “Dreamers” theme, and in 2016 a partnership with the Tracy Aviary inspired works that took “Flight.”

In 2017, we introduced a connective through-line, with Chicken Little and Turkey Lurkey moving from piece to piece frantically and repeatedly telling each other and everyone else that “The Sky is Falling!”

In 2018, ROSE EXPOSED will again employ a through-line, with dance, theatre, and live piano music working together to bring you BREAKING NEWS, highlighting the immediacy and urgency that the world around us seems to demand.