Film Brings the Beehive State Together

As I reflect on the 2016 Sundance Film Festival, I am still struck by a statement Robert Redford made during the opening day press conference on Thursday, January 21.  The idea he shared is that no matter how our society evolves and no matter how much technology alters our daily lives, there will always be a need to gather together to experience the communal experience of watching a film.  There is no substitute for going to the theatre.  That notion stuck with me through the whole 10 days as I witnessed that idea in action.

Over the course of the Festival, I attended 15 screenings organized exclusively for students that reached more than 6,000 students and teachers. I handed out more than 600 free tickets for community groups to connect with the program.  I curated screenings that reached more than 2,300 local residents.  And in addition, I program year round screenings for Utah residents.  I get a front seat to witness the incredible power film has to spark dialogue and connect people.

It goes without saying that I have a unique position with Sundance Institute and in my opinion, the best job there is.

I manage our free, Utah-based community and student outreach programs. From programming the outdoor Summer Film Series to organizing screenings just for students, I get to bring free programming to Utah residents. Let me give you a glimpse of why I love my job and how I get to connect the local community to independent film:

AWARD WINNERS: For many January 31 marks the official end of the 2016 Sundance Film Festival. But this year, more than 5,000 local residents were treated to an extra day of fun with Festival award-winners screened just for locals at nine Best of Fest screenings in Salt Lake, Park City, Ogden, and Sundance Resort.  A few of the Best of Fest screenings this year were Birth of a Nation, Sonita, Morris From America and Life, Animated. 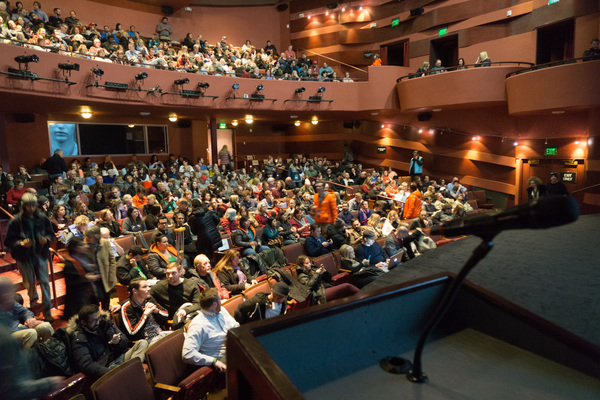 JUST FOR STUDENTS: The best part of my job is overseeing the Sundance Institute · George S. and Dolores Doré Eccles Foundation Student Screening Program during the Festival. For the past 16 years, this program presents Sundance Film Festival films curated by Sundance Institute staff to introduce young audiences to independent film and engage them in stories from around the globe.  Following each screening, the filmmaker conducts a live discussion with the students and teachers surrounding the themes in the film. In 2000, ZAP funding provided the “seed money” to make this program a reality by offering 4 free film screenings to almost 700 students in Salt Lake. Sixteen years later the program has expanded to 15 screenings in Salt Lake, Park City and Ogden to an audience of over 6,000 students and teachers. Thank you ZAP for helping to start something great for Utah students by giving them the opportunity to engage with the Festival!

The 2016 program saw record breaking attendance as well as some truly special moments. Utah students were treated to free screenings of Sundance Kids selections: The Little Gangster and The Eagle Huntress; documentaries: Sonita, How to Let Go of the World, Life, Animated, Maya Angelou and Still I Rise, Michael Jackson’s Journey From Motown to Off the Wall, Richard Linklater - Dream Is Destiny; and experimental narratives from the NEXT and New Frontier categories: The Fits and Notes on Blindness. The program offered students a wide range of genres and subjects to introduce them to the art of independent film and storytelling.

While each screening is special and students ask questions that prove they are wise beyond their years, two screenings from the 2016 program stand-out: Sonita and Life, Animated.  On Monday, January 26, students were among the first audiences to watch the Grand Jury and Audience Award: World Cinema documentary – Sonita. The film tells the story of a young girl, Sonita, who is an undocumented refugee living in Iran. She has dreams of becoming a rapper but her family wants to sell her into marriage. Sonita herself and the film’s director were onsite for the film and Q&A. Students gave them film a standing ovation and were treated to a rap performance by Sonita. During the post-film discussion, students learned more about Sonita’s life and her work to end child marriage. At the student screening of Life, Animated, students learned about Owen Suskind, an autistic boy who learned to communicate through Disney animated movies. The entire Suskind family and the director – Academy Award winner Roger Ross Williams - attended the screening and participated in the Q&A. The young audience gave the film a rousing standing ovation which was followed by a moving discussion about the film and about autism. Many of the students have siblings or friends who are on the autism spectrum. The Suskind family was moved by how respectful and engaged the student audience was during the film and Q&A. It was a beautiful moment for Utah students. 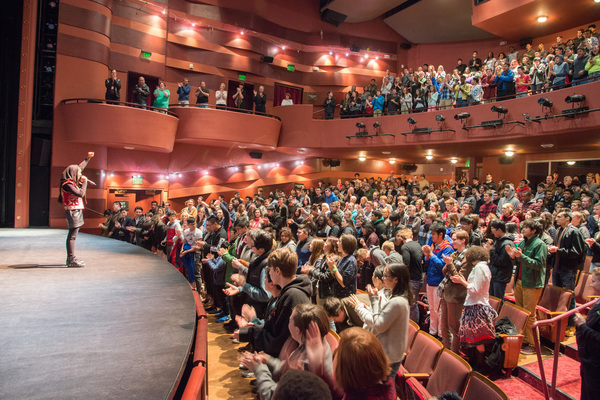 CURATED SCREENINGS: We continually look for ways to draw groups closer to the program and one of my favorite parts of the job is programming films that explore an issue or topic that will resonate locally.  And this year I am pleased to say over 1200 Salt Lake residents turned out for free community screenings during the 2016 Film Festival! Local college students watched the documentary Author: The JT Leroy Story and the LGBT community enjoyed the narrative Viva. In addition to watching a Festival film for free, both groups were also able to engage in a dialogue with the directors of each film. The community outreach screenings continued through the week with another local college screening at the Tower Theatre where student watched one of the most buzzed films of the Festival – Swiss Army Man. Locals were treated to three additional screenings during the closing weekend: Under the Gun, a documentary that explores gun violence in America; How to Let Go of the World (And Love All the Things Climate Can’t Change), a documentary about climate change; and Hunt For the Wilderpeople a narrative from indigenous filmmaker Taika Waititi.

One memory that will stay with me is when almost 250 members of local environmental organizations danced with director Josh Fox during the credits of his film  How to Let Go of the World (And Love all the Things Climate Can’t Change) before they started the Q&A.

FREE COMMUNITY TICKETS: In addition to offering free screenings during the Festival, Sundance Institute’s Utah Community Programs also includes the Community Ticket Program. We set aside complimentary tickets for nonprofit organizations and special interest groups whose mission aligns with a theme or subject presented in a film. For the 2016 Festival, 484 tickets and ticket vouchers were given to 46 organizations in Salt Lake County. One of the most touching donations was to the Big Brothers Big Sisters group that planned to use the tickets for “bigs” to take the “littles” to the Sundance Kids screening of Snowtime!  It means a lot to provide an opportunity for adults and kids to experience the world-class Film Festival that takes place in their backyard, while assisting another organization to provide a special experience for a kid in need.  The program also has reach beyond Utah borders. The Utah Council for Citizen Diplomacy works with the US State Department to host visitors from around the world and showcase both Utah and democracy. The UCCD hosted a group of Indonesian visitors during the Festival and I had the pleasure of giving the group tickets to a screening of the documentary Gleason at the Grand Theatre. I hope the group enjoyed the film and the Sundance experience! 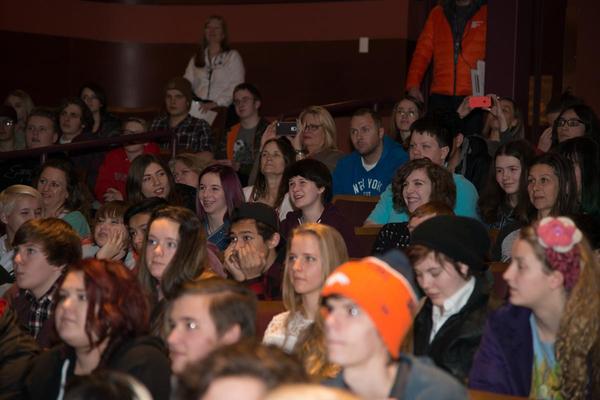 GOING ONCE, GOING TWICE, SOLD: Sundance Institute also gives local nonprofits ticket packages and passes to bolster their fundraising efforts by auctioning the packages at events and galas during the spring, summer, and fall months. 38 packages and passes were donated to Salt Lake organizations. The program is a special way to not only help fellow nonprofit organizations raise much needed funds but also for Sundance to reach a new audience. In addition, we were able to donate two tickets for a screening of Michael Jackson’s Journey From Motown to Off the Wall for ZAP’s #TicketTuesday!

I would be remiss for not thanking the community supporters who make Sundance Institute's Community Programs a reality: George S. and Dolores Doré Eccles Foundation; Utah Governor’s Office of Economic Development; Salt Lake County Economic Development Department; Salt Lake County Zoo, Arts & Parks (ZAP) Program; Utah Division of Arts & Museums and the National Endowment for the Arts; and Zions Bank. A big round of applause for their support in helping over 16,000 residents experience the Festival...for FREE!!

The 2016 Festival was a wild ride for local independent film fans. I am proud of the free programming the Institute presented to its home state as well as the incredible audiences we are able to work with. Programming community and student outreach for Utah is a labor of love. I hope that Utah had as much fun as I did. See you this summer for a screening under the stars!

Kara Cody is Sundance Institute's Senior Manager for Utah Community Programs. She hails from Yankton, SD  and studied political theory and philosophy at the Catholic University of America in Washington DC.  For the past four years, Kara has worked for Sundance Institute managing community and student outreach programs. She lives in Park City, UT with her husband, son, and Bernese Mountain Dog. When not watching films, Kara enjoys the outdoors, cooking, and live music.