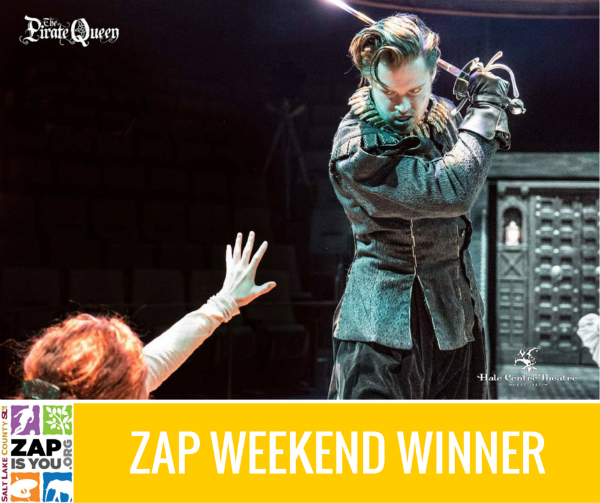 Two #ZAPWeekendWinners have been chosen to receive four tickets to Hale Centre Theatre's Pirate Queen on March 15. Tickets to this performance are sold out but you can still purchase tickets  for late March.

Hale Centre Theatre is funded in part through a grant from the Salt Lake County Zoo, Arts and Parks (ZAP) Program.

Stay tuned for more stories and giveaways from ZAP!