UPDATE: Plan-B has announced there are only 90 tickets remaining in Good Standing's run. Tickets can be purchased through planbtheatre.org. 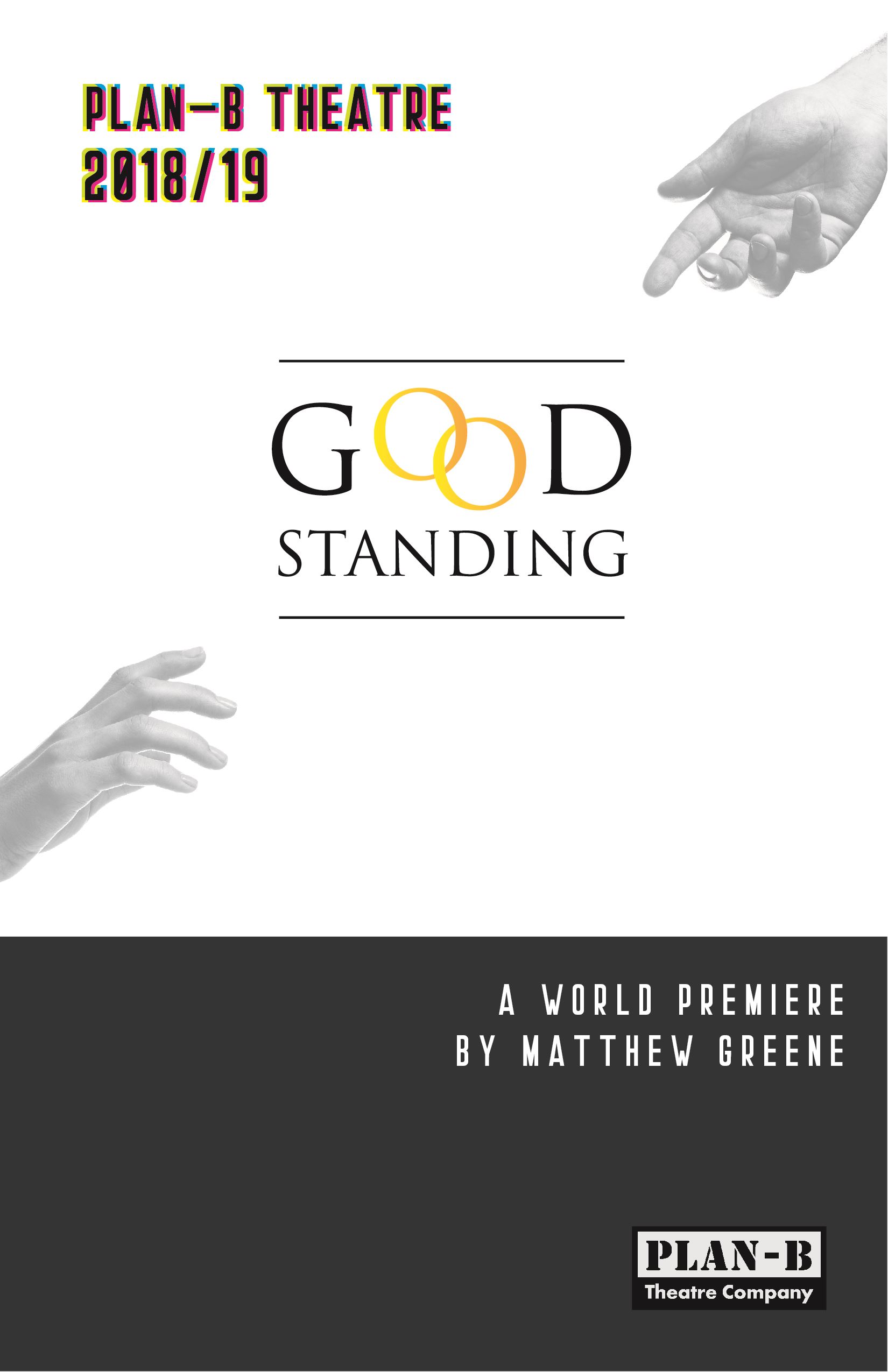 It’s possible that if I hadn’t spent so many years in the proverbial closet I never would’ve become a writer. It’s the oldest story in the book, isn’t it? Creativity born out of private pain. I spent my days playing the perfect Mormon, slipping that ill-fitting costume on over the self I’d learned to loathe and trying my best to walk a path that was, frankly, killing me. My solace in those dark days was the pen and the page. In the fictional worlds I crafted, nothing could stop me from exploring the tantalizing gray areas and questioning tenets of belief that were supposed to be taken as gospel.

The heady, emotional conflict taking place between these two characters onstage was just a reflection of the debate running constantly through my own confused, closeted head day and night.

I was an undergrad at Brigham Young University (that’s right, Mormon Mecca) when Proposition 8 rocked California and, in turn, the world. Desperate to make sense of the divisive and disturbing rhetoric I heard every day, I wrote a play called ADAM & STEVE AND THE EMPTY SEA, exploring what the gay marriage debate did to two friends, one openly gay and the other openly Mormon. After nearly getting me kicked out of school, the play received its world premiere at Plan-B Theatre in 2013. People were quick to identify Adam, the devout church member, as my onstage stand-in, but who, they all seemed to ask me, was the inspiration for Steve, his gay best friend who wanted simply the freedom to love? I capitulated and talked around the question, not wanting to reveal the truth: the heady, emotional conflict taking place between these two characters onstage was just a reflection of the debate running constantly through my own confused, closeted head day and night.

Years have passed since then, and I’ve changed the narrative quite a bit. I’m now an out-and-proud gay man who made the choice, in a moment of crisis, to love himself no matter what. I worried, though, as I crawled out from under the weight of religious expectation, if I’d lose the drive to write now that I felt so liberated, so unburdened.  It turns out, once again, that I was naive. Taking a step (or two or three) toward authenticity didn’t make the world any less complicated. Allowing myself to truly fall in love (surprise surprise) led to more emotional tumult than I’d ever imagined. And stating emphatically all the things I didn’t believe in could only go so far in helping to make sense of this murky mess of a world.

There's no way to untangle the threads of identity that have made me who I am...

The truth is, life is tricky even after you’ve gone through a “personal renaissance” and my new play GOOD STANDING is proof of that. But unlike ADAM & STEVE AND THE EMPTY SEA, I’ll own up to the true inspiration behind the script’s central figure: it’s me. The man onstage torn between love and belief was born out of the internal debates I’m still having. There’s no way to untangle the threads of identity that have made me who I am and I’ve got Mormonism practically woven into my DNA. I treasure the new life I’ve crafted for myself, but I mourn the loss of innocence I knew within comfy church walls and regret the pain I’ve caused to those who love me.

Life didn’t magically become easier when I finally admitted that I, like Curtis in this play, dreamed of finding a husband, not a wife. What’s different, I guess, is an enhanced ability to feel joy and to claim it as my own.  But the search continues: the search for meaning and for purpose and for the light I know is out there. GOOD STANDING is another step in that ongoing journey, a love letter to uncertainty and to complicated, problematic faith.