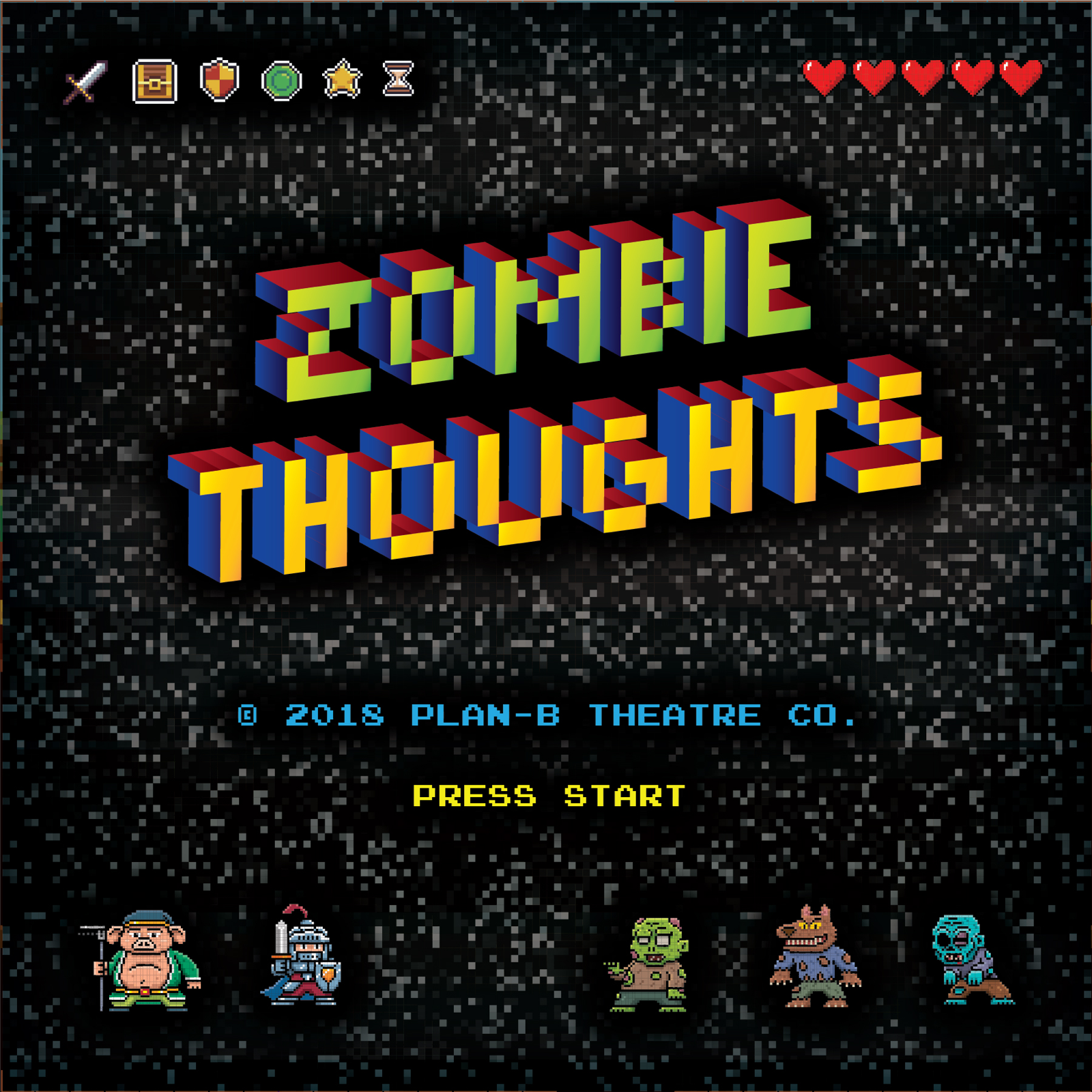 IS THIS THE SAME ONE?!

My name is Oliver. I am a kid who likes soccer, who likes sports, and who likes and is really good at reading, and video games, and is not what some people would say normal is. Because I have anxiety.

My anxiety has caused problems for me because I don’t like being with people I don’t know, so first days are extra hard for me. It has also caused me problems with teachers who don’t understand, and with making friends.

Our play ZOMBIE THOUGHTS is about a pig named Pig and a nine-year-old kid named Sam who has anxiety [I was nine when we started writing the play]. They are in a video game and they go on an adventure with different levels and try to beat them, but they have a hard time and they fail most of the time. They try and work on it and then they finally beat a level and then they have to fight The Machine. They technically beat The Machine but it doesn’t go away because you can’t beat anxiety. The audience gets to make a lot of choices in the play, like they’re the ones playing the video game. I identify with Sam.

One of the things that happens in anxiety is you get scared of all this stuff, and some of the stuff that you’re scared of doesn’t even exist. Zombie Thoughts are where you do something but you don’t think about it first. You just do it. Like, one of the things about anxiety is you don’t stop and think about what you’re scared of. You don’t stop and say, wait, zombies aren’t real.

I learned about Zombie Thoughts from my old therapist, Gennie. Every week I would see her and talk about stuff involving this topic and, based on what she knows, she would give me some ideas and I would try them and if they worked I would tell her and continue them and if they didn’t, I would tell her and we wouldn’t use them. In the play, Pig teaches Sam some of the things I’ve learned. You shouldn’t get mad at people. If someone suggests something that scares you, you shouldn’t get mad at them, you should say, “I don’t think that’s a very good idea.”

I refused to go on Space Mountain and threw a fit. But when I actually thought about it and went on it, I loved it and now it’s one of my favorite rides.

To write the play my Mom and I had a lot of conversations about what could go in it. Then we decided to make it like a video game. There aren’t that many choose-your-own adventure plays, so I like that, and I really like video games. I gave my Mom the ideas and the characters and she wrote the words.

I like how the play goes right to the topic and doesn’t kind of talk around it. It doesn’t have an end really. That’s what some people wanted, but it doesn’t really make sense because of what the play is trying to convey. It has kind of a happy ending, but it doesn’t use sweet words and avoid the topic it’s trying to talk about. Adults will talk about anxiety and things like that, but they’ll kind of talk around what it is and they’ll use words that make it sound like this cute little thing and not a big issue that you should worry about.