In March 2016, Salt Lake Acting Company (SLAC), in conjunction with Flying Bobcat Theatrical Laboratory and Red Fred Project, produced a world premiere play unlike any other. CLIMBING WITH TIGERS came to life onstage through the imagination and bravery of Nathan Glad, the creativity and compassion of Dallas Graham and the Red Fred Project, and the collaboration and innovation of Flying Bobcat Theatrical Laboratory and Salt Lake Acting Company. Never before in SLAC’s history has one project brought together so many creative community partners. 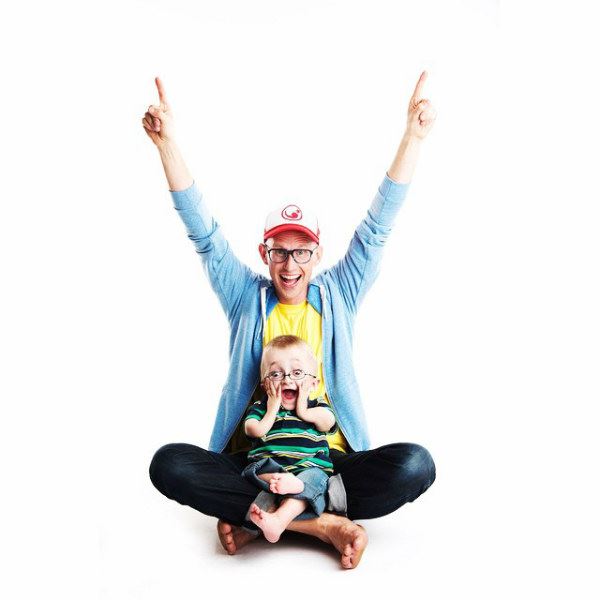 Nathan Glad is a 9-year-old firecracker – smart as a whip, total crowd-pleaser, and wise beyond his years. Nathan was born with a disease called Osteogenesis Imperfecta, more commonly known as brittle bones disease. He breaks his bones on average once a month – usually a long bone like a femur or humerus. He has been through a dozen surgeries in his short life to place rods in his legs and arms. Nathan’s biggest goal right now is to walk. He works through physical therapy to get to the point where he can stand and, hopefully, someday take his first steps.

Red Fred Project was started by artist and ‘idea man’ Dallas Graham in 2010. He had created the colorful, adventurous Jolly Troop – a flock of bird friends all formed out of commas and exclamation points from different fonts – but wasn’t quite sure what to do with them. Dallas decided to use these birds to help tell the stories of children with critical illnesses. Nathan Glad was Red Fred Project’s first “creative” (what Dallas calls his young authors) and his story “Climbing With Tigers” was its first published book.

Robert Scott Smith and Alexandra Harbold are local actors and directors who share an eye for theatrical imagery and an appetite for performance-based work. Together they formed Flying Bobcat Theatrical Laboratory, dedicated to exploring the possibilities of storytelling in performance through language, movement, technology, and design. 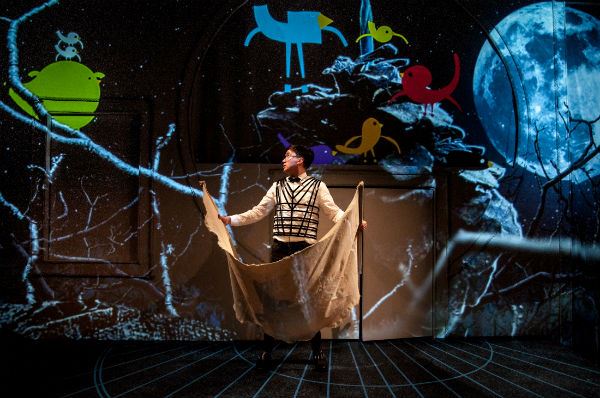 When the brains behind Red Fred Project and Flying Bobcat first hatched the idea of turning Nathan’s book into a play, the playwright that came to mind to adapt it was Troy Deutsch. Troy is an alumnus of the University of Utah’s Actor Training Program and has been living and working as an actor and playwright in New York City for the last ten years. Robert Scott Smith approached him about adapting Nathan’s book for the stage and Troy jumped at the chance.

After a workshop with local actors, Robert Scott, Alexandra, and Dallas approached Salt Lake Acting Company to see if we would be interested in producing this play. SLAC has long been known for taking bold theatrical risks, and recently expanded that to include plays for children. This seemed like the right project at the right time and we enthusiastically said YES!

Not only unique in its creation, CLIMBING WITH TIGERS also came with some exciting theatrical challenges and possibilities. The main character, Blue – a little blackbird who is afraid to fly because he has delicate bones (played by Austin Archer) – starts off as a two-dimensional cartoon character projected onto a screen, but with the help of a magical narrator (played by Robert Scott Smith), he becomes a three-dimensional, real-life character ready to go on an adventure to meet the mystical Thunder Tiger whose tail is known to have magical healing powers. Blue meets up with the famous Jolly Troop – all two-dimensional colorful cartoon birds – and together they take flight. 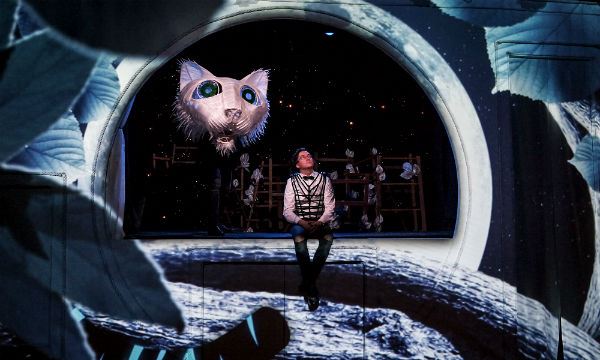 The creative challenges were how to combine these worlds – one with live actors and one with animated birds. We hired Jarom Neumann, a Story Artist currently studying in the animation program at BYU, to create the animated world of the Jolly Troop. His designs and effects were captivating, and with the help of our incredible technical team, they transformed SLAC’s Chapel Theatre into another world.

Under Alexandra Harbold’s direction, with original music by Kevin Mathie, and the artistic oversight of SLAC Executive Artistic Director Cynthia Fleming, CLIMBING WITH TIGERS was a feast for the eyes, ears, and imagination.

Our production of CLIMBING WITH TIGERS was seen by nearly 3,000 people including special guests from Nathan Glad’s class, and children and families from Shriner’s Hospital, Ronald McDonald House, Angel’s Hands Foundation, Boys and Girls Club, Asian Association of Utah, and Christmas Box House all free of charge.

American Theatre magazine, the nation’ premier publication dedicated to theatre, visited SLAC for a week to observe the tech rehearsals of CLIMBING WITH TIGERS and wrote an in-depth feature on the production which was published in their May 2016 issue. Check it out here! 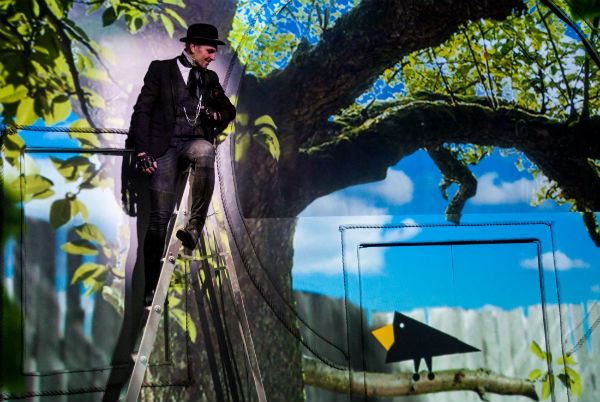 Perhaps the most exciting and impactful ripples of this production came in the form of funding for four more Red Fred Project books. One will be funded by a father and daughter from Colorado who saw the show together and decided they would like to fund Dallas’s next project. The daughter has cerebral palsy and was incredibly inspired by the work Red Fred Project is doing. The other donor was a mother who saw the play with her three children and afterward told Dallas she’d like to fund three more books.  Each book costs $15,000 to create and publish, and so securing funding for the next four books is a tremendous feat. We could not be more excited for Dallas and Red Fred Project as they continue their vital work.

CLIMBING WITH TIGERS was an incredibly special journey for SLAC. We are proud to work with the most talented artists and to be surrounded by the most generous community. This project would not have been possible without their fearless collaboration and support.

Shannon Musgrave is Associate Artistic Director at Salt Lake Acting Company, where she is involved in season planning and oversees all new play development initiatives. She has her Master’s Degree in Arts Management from American University in Washington D.C. and has acted and directed locally.