Shifting and Slipping: Plan-B Theatre&#39;s NOT ONE DROP

I moved around a fair amount as a child. I was born in Scotland, lived in a few different places in England, Scotland again, England again, the east coast of the States, and now here in Salt Lake City. I’m a citizen of the United Kingdom, but now feel more American. Moving around so much as a child, it was hard for me to keep an identity straight. I felt more like I was a mix and melded into the places and people I was around, to the point that I would adopt the accent of whoever I was talking to. Something I still do, because I’m cool like that. 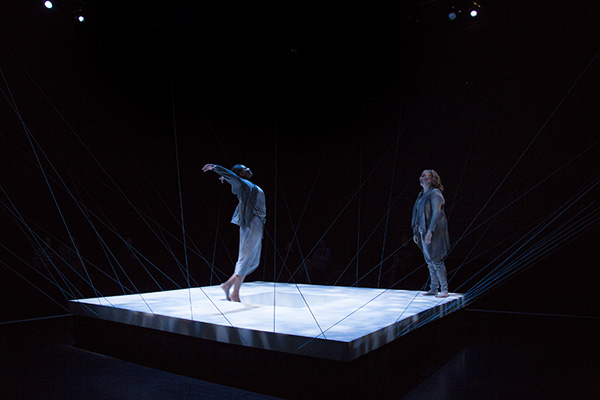 I was a member of the LDS faith, believed in god, went on a mission – the whole shebang – and now I’m not sure what I believe. And my point in saying all of that? If there is one thing that I kind of know, that I maybe believe in, it is that people change, places change, ideas and spaces alter, and it all weaves together like a spider web.

Consequently, lines and boundaries that are liquid, elusive, and adoptive, are some of the foremost issues I play with in my play NOT ONE DROP. I also mess with the beliefs of the characters, and by way of the characters, the audience. I do this through the way language is used, the words themselves, the construction of those words, wordplay and its ultimate demise, as language proves, again and again, to fail. 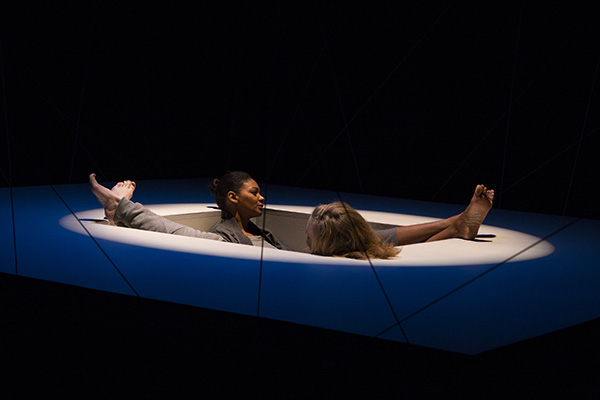 I wrote NOT ONE DROP as my submission to Plan-B via The David Ross Fetzer Foundation for Emerging Artists. I wanted to incorporate the ideas of displacement I’ve felt through my life, into a piece that may perhaps question something different. The nature of the relationship of the characters is constantly shifting and slipping – are they sisters, friends, lovers, enemies? – and ultimately it doesn’t matter. What matters is that they are so close that they slip into each other’s identities. They mirror each other, and then their identities are, at times, completely mirrored back on themselves.

Sometimes I think it’s hard to tweeze out our own identities, especially in relation to the people that we are closest to – to the point that it’s hard to differentiate what happened to who – especially within familial relationships. I find that in these relationships, I can sometimes take on the ideas, feelings, and emotions of that person, and beginnings and endings become unclear, and even unimportant.

Morag Shepherd’s NOT ONE DROP receives its world premiere at Plan-B March 23-April 2 at Plan-B Theatre, in partnership with The David Ross Fetzer Foundation for Emerging Artists. Featuring Colleen Baum and Latoya Cameron, directed by Jerry Rapier. Details and tickets.

Playwright Morag Shepherd makes her Plan-B debut with NOT ONE DROP, receiving its world premiere March 23-April 2. Originally from Scotland, she is the resident playwright at Sackerson, where her plays THE WORST THING I’VE EVER DONE (co-written with Matthew Ivan Bennett and Shawn Francis Saunders), BEFORE THE BEEP, BURN and POPPY’S IN THE SAND have premiered, the latter playing Great Salt Lake and San Diego International Fringe Festivals.