Utah’s schools are rich with dance.

By national comparison, Utah students have more enriching dance experiences than perhaps any other state. Thanks to ZAP-funded organizations, most K-6 students have the opportunity to view concerts and many move weekly to choreograph year-end performances. Secondary students work with seasoned educators and attend high-level workshops. As a result, and as with all subjects, dance has curricular standards to ensure a rigorous experience.

These standards are written in such a way that honors Utah’s concert dance tradition (think: RDT, Ririe Woodbury, Ballet West, and Tanner Dance) but makes lesser mention of cultural forms, suggesting that knowing about a folk dance or two is sufficient.

As part of loveDANCEmore, the community arm of my non-profit “ashley anderson dances,” I have avoided creating educational outreach for risk of diluting the rich offerings by the companies above. But I’ve also considered my own lack of cultural dance knowledge alongside troubling requests from teachers to “make” dances from YouTube footage and secondhand history. 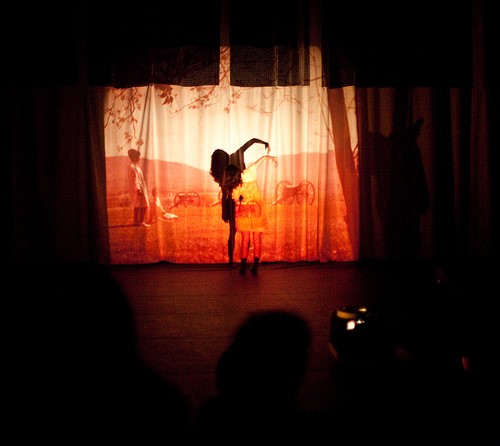 To combat this divide: loveDANCEmore is working with UMFA on a dance-centered ACME workshop at the Marmalade Library on January 11th.  ACME workshops are hosted by UMFA during renovations to consider the relationship of art, community, museum and education and the dance mashup pairs concert dance educators with cultural dance practitioners as they create opportunities for a public audience to move ideas from both dance genres.

One participant is Srilatha Singh, founder of Chitrakaavya dance which shares Bharatanatyam, a classical Indian form known for percussive and precise gesture. Singh trained primarily in the Kalakshetra style in Chennai and Delhi, India but over the years has found influence in other styles. For the past seven years, she has performed solo and group works in Salt Lake venues including the Fringe Festival at Westminster College. Prior to that she took a break from her classical training, getting two Master’s Degrees and her PhD in Mathematics from the University of Michigan. Most recently she performed a collaboration with modern dancers at Kingsbury Hall to open the tour of Ragamala. 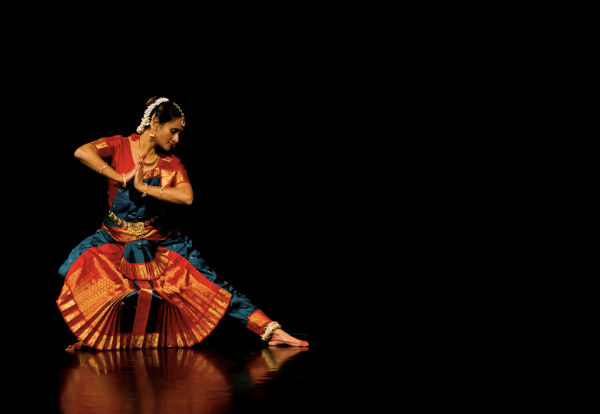 Srilatha Singh in performance, photograph courtesy of the ChitraKaavya website.

In Utah, the audience from Bharatanatyam concerts is from the Indian diaspora, or aficionados of Indian or ethnic dance. Singh suggests that a general “lack of understanding of the language, dance vocabulary or cultural context” is why the form lacks a broad local audience. Her company has tried to connect in informal ways, demonstrating how Bharatanatyam can be interpreted.

Singh thinks that Bharatanatyam has much in common with current K-12 dance instruction saying that “the technique, and discipline, of the form is similar to what ballet and modern companies bring forth...with an aesthetic experience as deeply satisfying for both performers and audience.” She also knows that it could be co-curricular as the rhythms embedded in the practice teach math concepts like addition, multiplication and least common multiples; science concepts states of matter and even poetry, as Bharatanatyam is often linked to metered, narrative texts.

For the dance mashup, Singh will be paired with Ai Fujii Nelson of Ririe Woodbury Dance Company (RW) looking at how Bharatanatyam can link with RW’s approach of time, space and energy, as the elements of dance. Other pairings include Repertory Dance Theater and Tablado Flamenco, Tanner Dance and Gwynn Smith of the Navajo nation.

Ashley Anderson is a choreographer based in Salt Lake City and recipient of the 2014 Mayor’s Artist Award in the Performing Arts. Her recent choreography has been presented locally by the Rio Gallery, the BYU Museum of Art, the City Library, and the Utah Heritage Foundation as well as national venues: DraftWork at Danspace Project, BodyBlend at Dixon Place, Performance Mix at Joyce SOHO (NY); Crane Arts Gallery, the Arts Bank (PA); and the Taubman Museum of Art (VA), among others. Teaching includes: the American Dance Festival, Hollins University, the University of Utah, Dickinson College Dance Theater Group, University of the Arts Continuing Studies, Westminster College, the Virginia Tanner Dance Program and many high schools and community centers. Ashley currently directs loveDANCEmore community dance events using the resources of ashley anderson dances, a registered 501(c)3. Her projects with loveDANCEmore are also shared in Utah’s visual art magazine, 15 BYTES, where she serves as the dance editor. ashleyandersondances.com