The Empathy of the Arts in Celebrating the Golden Spike 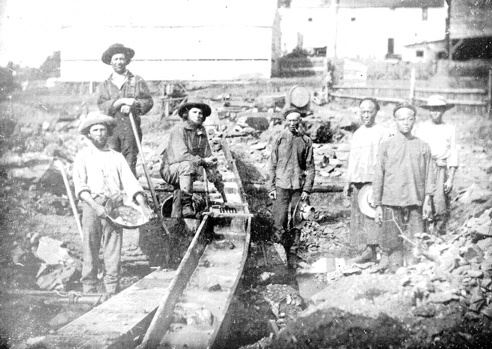 On May 19, 2019, Utah and the nation celebrated the sesquicentennial anniversary of the driving of the golden spike into a laurel tie that connected two great oceans and unite a country torn by the Civil War. One of the primary goals of the Spike 150 Foundation was to ensure the proper recognition of the Chinese railroad workers and their contribution to the greatest engineering feat of the 19th century that helped build this great state of Utah and our nation.

The Spike 150 Foundation specifically sought to utilize the arts to help tell these stories as art documents and interprets our histories, challenges and provokes our present, and informs and imagines our futures. The arts also inspire people to make the leap to understand the experiences, perspectives, and cultures of others.  The direct impact of ZAP Tier 1* and Tier 2** organizations to achieve this vision cannot be understated.

The Utah Museum of Fine Arts* hosted the photographic exhibit, The Race to Promontory: The Transcontinental Railroad and the American West. The exhibit is composed primarily of photographs and stereographs of Andrew Russell and Alfred Hart, the official photographers for the Union Pacific and Central Pacific railroads, respectively.  The museum literally asks what can the museum guest learn from who’s missing in the photographs.  This essential question coupled with programming featuring prominent scholars and leaders assisted in exposing the invisible in these photographs.

Prior to the 150th celebration, the Chinese never had an official voice at any of the milestone celebrations of the driving of the Golden Spike.  Spy Hop* in coordination with the Chinese Railroad Workers Descendants Association** produced a public service announcement, Unite as One, which was played prior to Spike 150 performances in Salt Lake County. [Watch Unite as One Here].

In addition, The Chinese Railroad Workers Descendants Association** partnered with Spike 150 to produce a concert version of the musical Gold Mountain by award-winning playwright, Jason Ma.  Gold Mountain is a beautiful but tragic story of the Chinese who made the ultimate sacrifice to come to a foreign land in order to better their families’ lives.  With the assistance of the Gifted Music School,** some of the top Utah musicians performed the score for many  Broadway veteran actors, including Ali Ewoldt who had just finished a two and a half year role as Christine Daae in Phantom of the Opera on Broadway.  Gold Mountain premiered at the Regent Street Black Box Theater just a stone’s throw away from Plum Alley where in 1869 workers from the Transcontinental Railroad built a Chinatown but, in its place, today stands a parking structure.

Salt Lake Acting Company* produced Tony Award Winning Playwright, David Henry Hwang’s The Dance and the Railroad, one of his earliest plays.  Few realize the largest labor movement in the 19th century was when the Chinese workers went on strike demanding equal pay and hours to their counterparts of European descent.  Hwang’s work juxtaposes both the optimism and pessimism the workers felt during this strike.

Utah Symphony and Opera* first commissioned four mini-operas, two of which were on the Chinese experience.  Secondly, at their annual 5th grade concerts, they selected pieces related to the railroad to give students musical context of the period.  Finally, they performed the sesquicentennial commission of the new symphony, Transcend, by Grammy nominated composer Zhou Tian.  Starting with the bombastic rhythm of nitroglycerin versus granite, Transcend concludes with a chorus of strings, woodwinds, brass and percussion vocalizing D. O. N. E. in Morse code symbolizing the nationwide celebration 150 years ago.

Plan B Theater** guided one of the fourth-grade classes to create a play within a play to address the conundrum of how to honor the Chinese railroad workers without dishonoring them through cheap, old and tired tricks of imitation.  The students’ creativity in re-enacting their actual discussion of this dilemma results in telling the Chinese story with accuracy while honoring them.

Under the conduction of Salty Cricket Composers Collective, ** another class performed an original opera which visually and acoustically through a drum line and narration illustrates how the Chinese railroad workers built the longest tunnel in the Sierras by digging in four directions at once.

With the assistance of Tanner Dance* the fourth-grade teachers and students choreographed and performed a dance to tell the story of the impact the Transcontinental Railroad had on Utah history.

The students were eager, engaging and empathetic learners and demonstrated with aplomb the valuable trait of critical thinking.  Additionally, the students proved teaching history does not require educators to dumb down complicated subject matter. Just add art.

Aristotle is well known for his mimesis, “Art imitates life.” Exactly one score following the completion of the Transcontinental Railroad, Oscar Wilde in his essay, The Decay of Lying, wrote his anti-mimesis, “Life imitates art.”

Through the integration of art and history in the museums, theaters, concert halls and schools, these outstanding ZAP organizations have shown that neither Aristotle or Wilde are correct in their assumption that imitation is the correlation between life and art.

Actually, it is empathy. 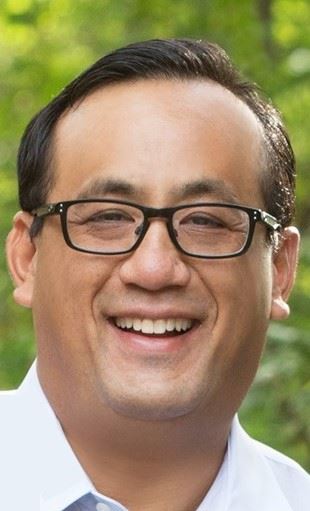 Max Chang is the past chair of the ZAP Tier 1 Advisory Board and a board member of the Spike 150 Foundation.