The Importance of Community Education

These days my desk sits in the Utah Film Center offices on Main Street in downtown Salt Lake City where I spend my time designing workshops to train public school teachers how to use film-making as a meaningful, in-classroom student engagement strategy.

I came to Utah Film Center as part of the SHIFT team. SHIFT was an independent organization until this June, when it merged with Utah Film Center and became a program of their expanding Education Department. I worked for SHIFT for about three years before the merger. Now, as part of Utah Film Center I’m excited to continue both my personal and the organizational mission to empower teachers by putting digital media arts tools into their able (though sometimes trembling) hands. This is coupled with the philosophy that if we can inspire teachers and increase the use of creative technology integration, students—who are fluent in the language of the digital age—will respond and flourish. 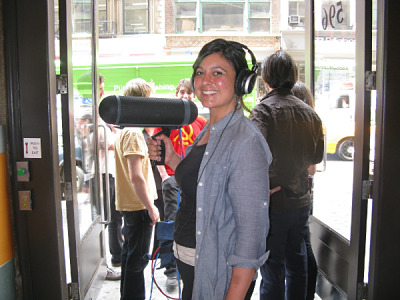 My heart is in this. What I mean is that my heart is into using everything I have to help lift our education system out of its current siege. I won’t throw a lot of bleak statistics at you, but I will say that Utah is ranked about 36th across the nation in academic performance, a nation that is barely making the top twenty in the purview of global educational success. THAT, my friends, is a report card that would concern any parent. Despite this, I would like to add that I don’t pay too much heed to this ranking, though I do believe it is important to pay attention to pieces of what the leading nations (Finland, South Korea, Singapore, and Japan) are successfully doing; there are certainly some educational nuggets we can glean from them. But is it productive to make, for example, the Finnish education system the pie in the sky—and then hold our teachers and administrators accountable for not attaining the paragon? Are we comparing apples to apples when we compare and then censure those in the trenches trying to bake the same cake but with completely different ingredients? Just as a diagnosis doesn’t describe a child, nor does a statistic explain the creativity, hard work and, dare I say, genius happening everyday in our schools. To me, the solution is so clear. We need to support our teachers no matter what. 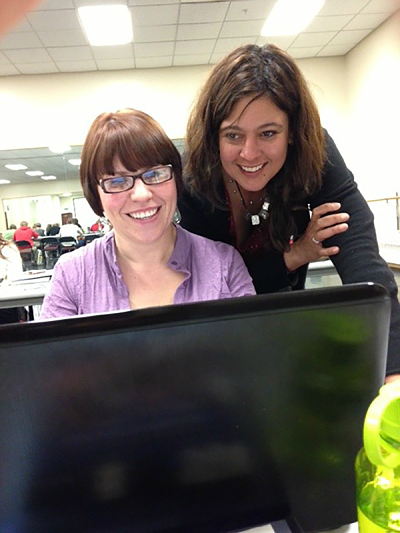 Parlez-vous français? I get asked that often when I tell people that I am from Canada. I arrived from Edmonton, Alberta, to Salt Lake in 1993 as a typical immigrant, to try my hand on the powdery slopes. It didn’t take me long though to gravitate to the core of the city where I began working with two nine-year-old girls, navigating the classroom with them a few afternoons a week. I saw those girls through junior high and it was during those years that I vicariously experienced what a day in the life of a teacher is like. And, I distinctly remember wondering if I should be painting a broader swathe and helping these teachers negotiate the 33 or so students, some of whom barely spoke English, others who were obviously just checking out, and more still who were acting out and creating a huge bullying problem in which I would intervene weekly. The disruptions to a conducive learning environment felt endless. To be honest, I didn’t really know how to help the teachers, so I stuck mainly to helping my two girls. They went on to high school and I pursued other ventures…all kinds of things from writing for a local newspaper, to archaeology digs; I moved on to pursue higher education, did documentary work in Southern Utah, and became senior producer of a science radio show. Inevitably, though, I came full circle back to where it all began.

Twenty-some years have passed since I was sitting in the classroom with those nine-year-old girls, and though classrooms still have walls, they are far less opaque. Gone are the yellow-lined notepads and shiny, red apples that once sat proudly on a teacher’s desk, replaced by the even shinier Apple Macintosh (undeniably comparing apples to apples!). But one thing hasn’t changed: despite the shiny, new tools, teachers still need our support as much as ever, and that is what we have organized to do. This past June, SHIFT merged with Utah Film Center to create a robust Education Department headed by Rick Wray, whose vision and leadership has inspired me now for over a decade.  The group of dedicated staffers that comprise the Education Department enthusiastically support teachers and their students in classrooms, using film and filmmaking as our method and engagement tool. I full-heartedly believe that it takes a community to educate one child, and I wholeheartedly agree with what ZAP Grant and Communications Program Coordinator Megan Attermann noted in a previous blog after she attended a conference in Chicago: community engagement cannot be done at a desk, but rather, it must be done face-to-face, through active listening and relationship building. 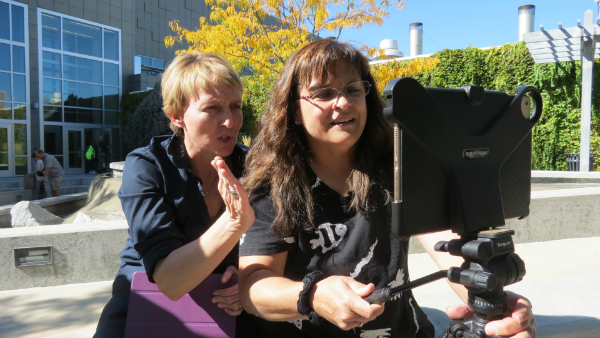 And so it is, I am back in the saddle, working for SHIFT, now a program of Utah Film Center, training teachers of all subjects in the art of filmmaking in order to inspire them and give them another skillset to engage their students. Meanwhile my education team colleagues are out in the classrooms inspiring students through presentations, introducing them to industry experts, and showing them the power of expression through film. 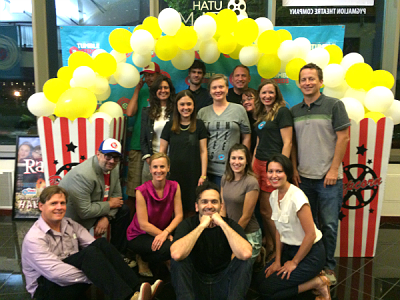 It Takes a Village

According to TED Founder Richard Saul Wurman, “Learning is remembering what you are interested in.” Well, I have been reminded and it feels equally fortuitous as it does inevitable that my job is helping teachers. For me, there is no question that at the heart of a good education is a good teacher, and I want to take part in a cultural *shift* where we ALL understand our responsibility and take not only a role in supporting teachers, but accept an onus to finding solutions to our educational woes.  My position will be to continue to rally for and behind our teachers. Please join me.

Suzi spends her days as the Utah Film Center SHIFT Program Director, writing and producing digital stories, and enjoying life both in Salt Lake and Chicago.

P.S. And yes, I do speak French, thanks to the Canadian education system going for broke with bilingual education programs!