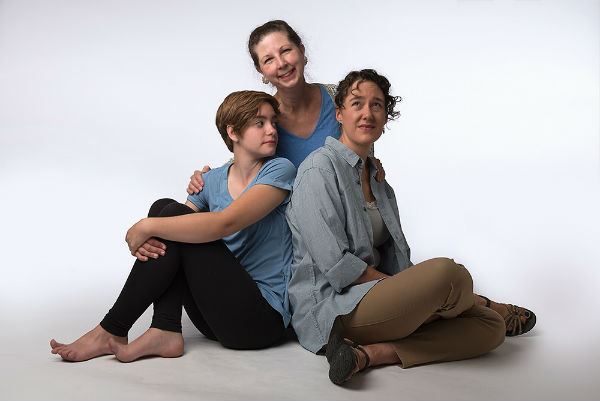 “Eleemosynary,” which premiered in 1985, follows the relationships between three generations of women. The word ‘eleemosynary’ itself plays a significant part in the plot.

The play probes into the delicate relationship of three singular women: the grandmother, Dorothea, who has sought to assert her independence through strong-willed eccentricity; her brilliant daughter, Artie (Artemis), who has fled the stifling domination of her mother; and Artie’s daughter, Echo, a child of exceptional intellect—and sensitivity—whom Artie has abandoned to an upbringing by Dorothea. 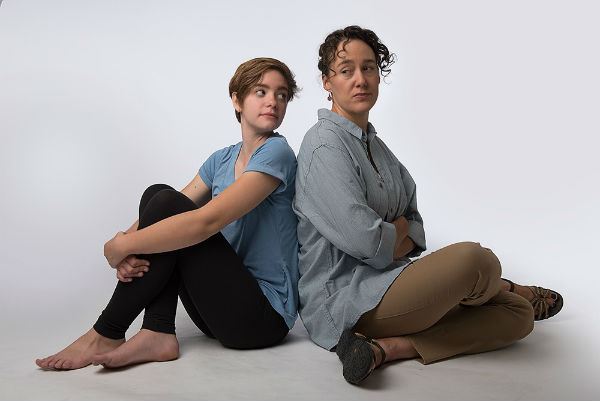 As the play begins, Dorothea has suffered a stroke, and while Echo has reestablished contact with her mother, it is only through extended telephone conversations, during which real issues are skirted and their talk is mostly about the precocious Echo's single-minded domination of a national spelling contest. But, in the end, both Artie and Echo come to accept their mutual need and summon the courage to try, at last, to build a life together - despite the risks and terrors that this holds for both of them after so many years of alienation.

Director Chase says he was drawn to the show because he has always enjoyed scripts with small casts, sharply drawn characters, and “not much else,” he said. “‘Eleemosynary’ fits that bill. These three characters have wonderful, challenging stories for the cast to inhabit and explore. I love words and a significant aspect of this play is about the love of language, and how that is part of a family bond. Language as knowledge.” 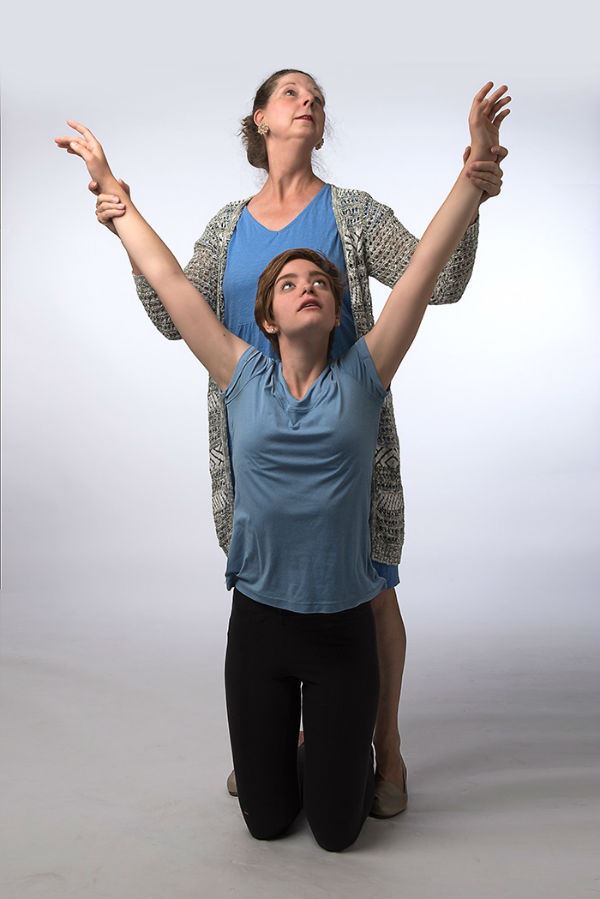 He added that he has long been a fan of Blessing. “He's one of the great American playwrights of the latter part of the 20th century,” Chase said. “His love of language and choice of subject matter has always fascinated me. He's also economical, creating small yet rich worlds for theater folk to play in.”
Chase said the show fits in with the company mission statement of producing plays which reflect issues, concerns, and shared experiences in the lives of women.

“These characters represent three generations of driven, intelligent women,” he said. “They also break the mold of what's to be expected of them and how they find their way in the world. Their voices are aligned to the mission and spirit of the company.” 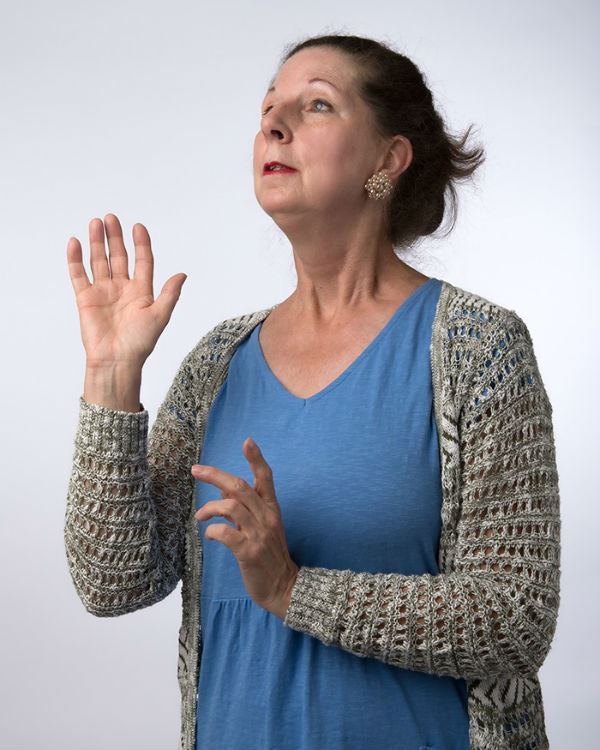 Barb Gandy, who plays Dorothea, said she was drawn to the show for many reasons. “The script is beautifully written; the roles are a dream for an actor; Jeremy (director) has a great passion for the play -- always a big plus when considering investment into a production,” Gandy said.

She added of the character she plays: “Dorothea, my role, is strong, decisive in amazing ways, and has a unique world view.  She is unexpected and therein lies her eccentricity.  I'm really excited.

“Beyond bringing the script and these characters to life, I'm excited to explore these very complex relationships and why the women make the choices they do with huge ramifications to the family dynamic.”

Gandy said she also appreciates, simply, the words. “Finally, the language that highlights fantastic words should appeal to anyone that is literary as most theatre audiences are,” she said.  “I mean, how often does one get to relish words like Bijouterie, Glunch, and the title, Eleemosynary? 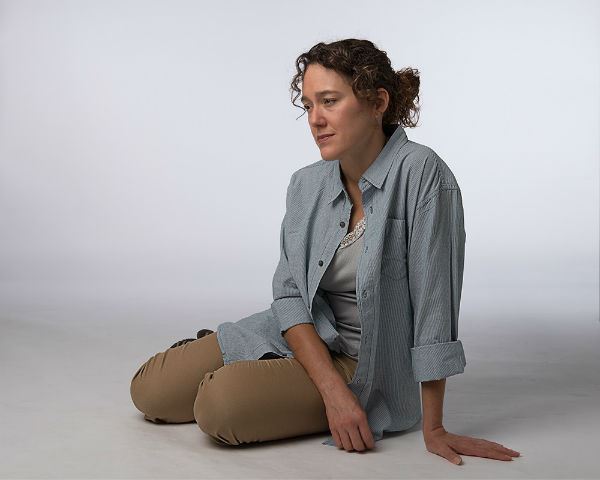 Merrill, who plays Artie, a biochemist, jokes she was initially drawn to the challenge of learning to say the word ‘eleemosynary.’  She adds that she is a lover of personal stories. “It’s beautiful storytelling that involves complicated family, relationships and a quirky journey of growing and healing.”

Having been in numerous Pygmalion shows, Merrill said she is excited to get in the room and begin rehearsals, which began Monday. “Nerves morph into excitement, and the time for exploration begins,” she said. “I’m excited to work with this great group of artists, and attempt to discover what is the driving force that has led these three women from one decision to the next.” 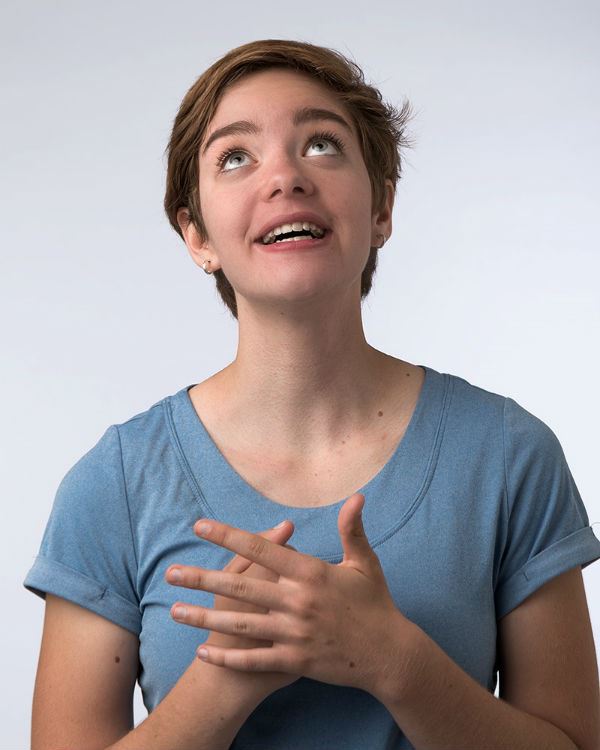 Shoell, who plays Echo, said this is her first time working for Pygmalion and she is interested in working for a theatre company that has such a focus on the stories of women. “This show in particular interested me because of how intriguing and complex this family dynamic is,” she said. “Also, because I am always interested in people that have a passion and all three of these women fight for their passions.”

Shoell added that she, too, is excited for the language of the show. “I am also very excited to spell things, which is a bit odd,” she said. “I have always been a terrible speller and rattling off a word like eleemosynary makes me want to invite my second-grade teacher to gloat.”

Daisy Blake grew up in Bath, England and is a trained journalist, as well as studying theatre, film and television at Bristol University. Her journalism training is from Hastings, England. She worked for the "Bath Chronicle," a daily morning newspaper, as education reporter from 1999 to 2001. She also wrote a monthly column for another English newspaper during this time, which she continued after she moved to Utah. After her move, she was a professional actor for seven years, then went back to her first love as arts writer for "IN This Week," a weekly entertainment publication from "The Salt Lake Tribune." She worked there until 2012 and continues to write on a freelance basis for the "Tribune." During that time, she won a Society of Professional Journalists' award for one of her theatre reviews. Daisy joined "Gephardt Daily" in November 2014, and is now proud to be content manager. Daisy also does PR and is on the board for Pygmalion Theatre Company, and is proud to have been in four of their shows, too.