It’s hard to appreciate the beauty of a symphony by glancing at the score. Similarly, plays were not meant to be experienced on paper, but in fully-realized productions. Since 1985, Pioneer Theatre Company (PTC) has been inviting middle and high school students to experience “required reading” brought to life on stage by professional theatre artists at Wednesday student matinees.

An Affordable Intro to Great Theatre

Each season, PTC’s student matinees bring great cultural experiences to thousands of young people in our community at little or no cost. A Salt Lake County student who attends every available matinee during his or her high school career can see 28 Broadway-quality productions for only $2 a show. Title I schools attend for free. After each performance, the students participate in talk-backs with some of the same actors seen in current Broadway smash hits like Hamilton and School of Rock.

Clin Eaton, a theatre teacher at Riverton High School, has been bringing students to PTC’s Wednesday student matinees since the school opened in 1999. He calls the matinee program “an institution.”

“The matinee program broadens students’ horizons,” says Eaton, “They’re able to see classics – like Music Man and Fiddler on the Roof – which they wouldn’t be exposed to otherwise.” 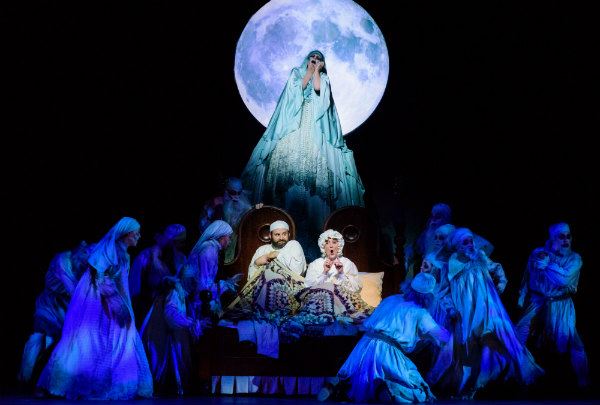 A New Environment - a New Perspective

The funds PTC receives from ZAP are used to underwrite transportation to and from the theatre for all Salt Lake County schools. Bringing students to the controlled environment of the theatre provides them with the opportunity to see a production complete with professional costumes, lighting, and orchestration; and gives them an opportunity to explore not just the material but elements like design and direction.

Rett Neale, a drama and English teacher from West High School explains why support for busing is so important.

“Let me put it this way: it’s like when a visiting teacher comes in – an artist in the classroom or something – and the visiting person says exactly what the teacher has said a hundred times before. But suddenly the students are like, ‘That makes so much sense!’ [Coming to the theatre is important because] changing location changes perspective, and I would say opens perspective.”

Neale says that connecting with peers in the audience and seeing diverse faces on stage has a positive impact on students’ perception of the value of theatre.

“Seeing a show in an audience filled with peers makes what they’re seeing on stage more legitimate. They look around the theatre and see people their own age cheering and applauding at The Count of Monte Cristo and they think, ‘Oh, musicals might be cool.’

“On stage it’s less about seeing someone their own age than someone of the same ethnic background. For example, in Two Dollar Bill seeing a strong African-American character really spoke to the students. Whether or not they agreed with that character’s position, they talked about how they admired the actor and his strong portrayal of the character.” 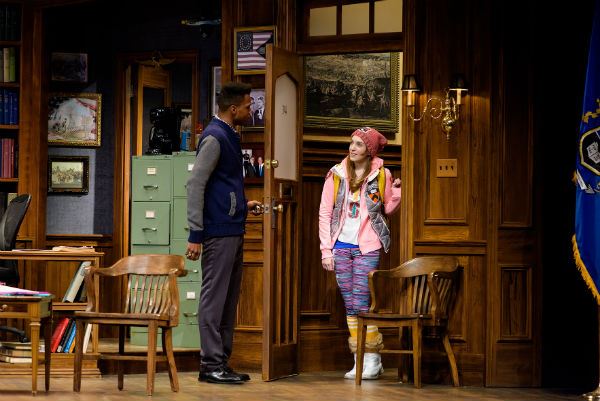 Forming Their Own Opinions

Middle school teacher Aimee Rohling attended PTC’s student matinees in high school and now brings her upper level theatre students from Summit Academy every year. She says attending a production is “a great culmination” of what her students learn in the classroom, including transferable skills like public speaking, teamwork, communication, and listening. Her students enjoy the post-show talk-backs where they are always interested in what the actors have to say.

Recalling memorable experiences at matinee performances, Rohling remembers her students’ reactions to Deathtrap and the show’s same-sex kiss that caused a local controversy. “My students loved Deathtrap – they had read about it in the media before we saw it – but seeing the show gave them a chance to form their own opinions,” Rohling says. 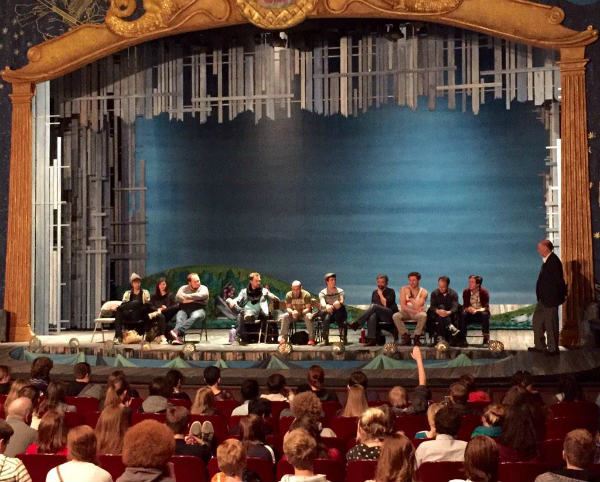 At the end of the day, that’s exactly what we hope the program will do – help students think critically about what they’ve seen and interpret it for themselves. By attending matinees, students learn that theatre is a creative lens through which to examine performance, history, psychology, and literature. Most of all, we hope the program encourages students to become lifelong patrons of the arts – returning to find new ways to broaden their perspectives, explore the human experience, or just enjoy an evening out.

In Their Own Words

Kaitlin Spas is the Director of Annual Giving for Pioneer Theatre Company. Her interest in theatre was piqued by working in the college scene shop as an undergraduate at Hollins University. She continued to help pay her way through school as a stage hand on the world premiere of Divorce! The Musical while earning her MA in Public Diplomacy from USC. Now she works full time connecting people who create great theatre with those who have the resources to support it. The first show she saw at PTC was the 1994 production of Fiddler on Roof – which was also the opening musical of her first full year working at the theatre. Spooky.