Ranked Choice Voting (RCV) is a type of ranked preferential voting. The Utah State Legislature made RCV possible for municipal elections in Utah with the passing of HB 35, the Municipal Alternative Voting Methods Pilot Project.

What is Ranked Choice Voting?

To learn more about how RCV will work in Salt Lake County, please review the resources below.

How do I fill out my ballot in Ranked Choice Voting?

In ranked choice voting contests, the names of candidates are listed on the left side of the ballot, with ranked choices along the top. A grid of ovals is to the right of candidate names. This is where you will mark your choices.

Voters can rank all candidates in a contest using the columns on the ballot to indicate their choices. Voters may rank as many or as few candidates as they like. If a voter doesn’t wish to rank some of the candidates, they can leave any remaining columns blank. However, voters are encouraged to rank their choices in case their most preferred candidates are phased out.

To rank candidates on the ballot, fill in the oval that corresponds to your choice: 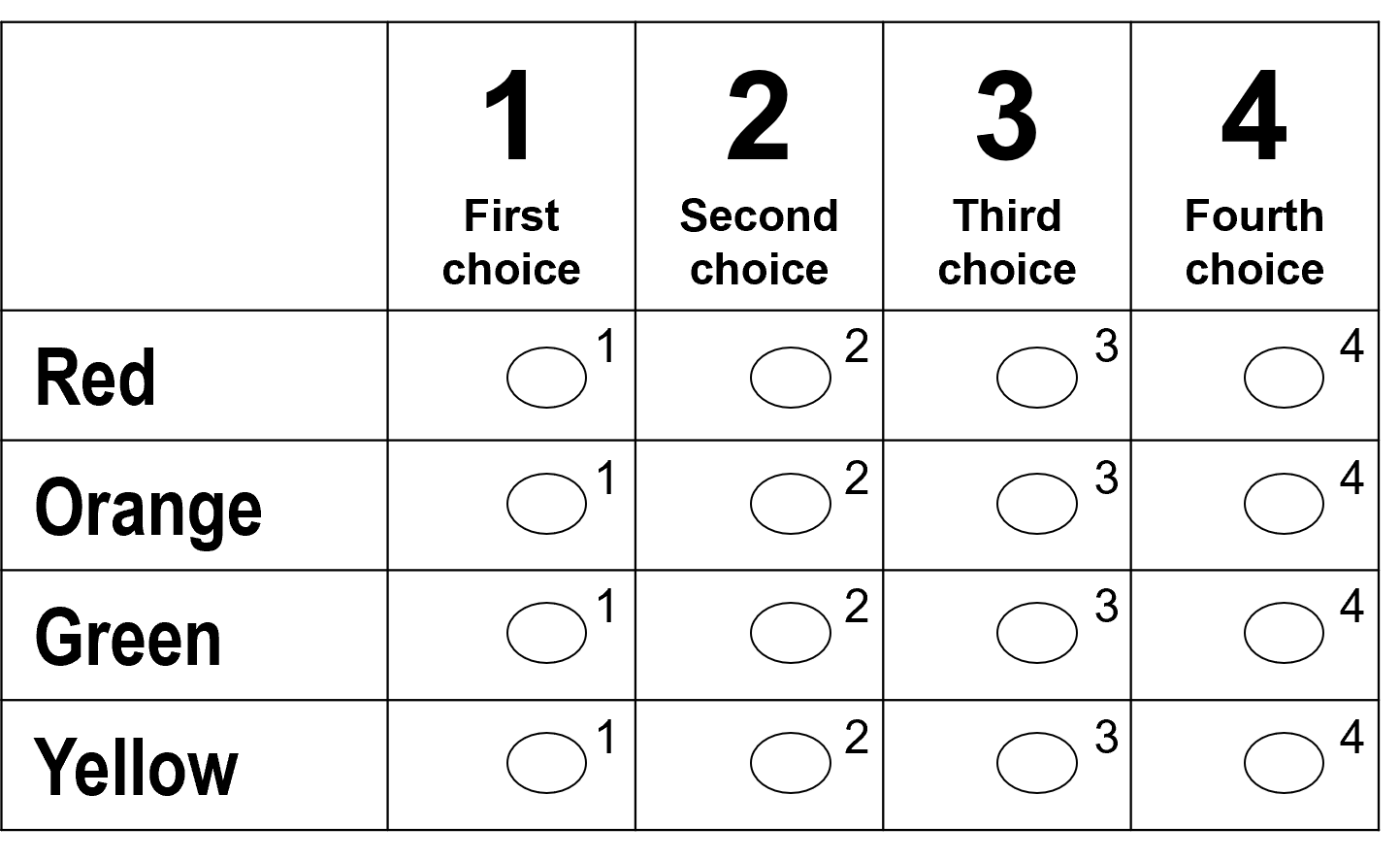 How are my choices counted?

The tabulation process continues through as many phases as necessary to choose a winner. Once there are only two candidates left, the candidate with greater than 50% of the votes is the winner.

It’s important to remember that your vote for your second-choice candidate is only counted if your first choice is eliminated. If both your first and second choices are eliminated, your vote is counted for your next choice, and so on.

Watch this video to learn more.

Do I need to rank all candidates?
No. You may rank as many candidates as there are in a race. If you do not want to rank some candidates, feel free to leave columns blank.

How can my first choice be eliminated?
If no candidate receives more than 50% of first-choice votes, the last-place candidate is eliminated. If your first choice is eliminated as a result, your next choice will be counted, and so on. The process of elimination continues until there is a winner.

What if I have more questions?
If you have further questions about ranked-choice voting, contact the Salt Lake County Election Division at 385-468-7400 or got-vote@slco.org