The mission of the Salt Lake County Health Department is simple:
“To promote and protect community and environmental health.”

We work to protect and improve the well-being of all county residents by preventing disease, illness, and injury and by impacting social, economic, and environmental factors fundamental to excellent health.

Every day, we immunize children, inspect restaurants, keep tobacco out of the hands of minors, encourage physical activity, teach proper nutrition, protect our water and air, provide culturally appropriate services to a multitude of disparate populations, and collaborate with our community partners to ensure that public health works for residents of all cities and unincorporated areas in Salt Lake County.

The Salt Lake County Health Department (SLCoHD) is nationally accredited in public health by the Public Health Accreditation Board (PHAB). PHAB is a nonprofit organization dedicated to improving and protecting the health of the public by advancing and ultimately transforming the quality and performance of state, local, tribal, and territorial public health departments. SLCoHD first received public health accreditation in 2014.

SLCoHD is the local health department serving Salt Lake County under Title 26A of the Utah Code.

Learn more about Salt Lake County Health Department's past on our History page. 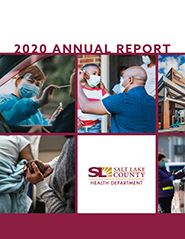 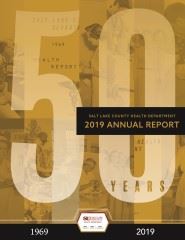 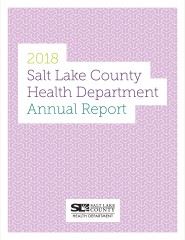 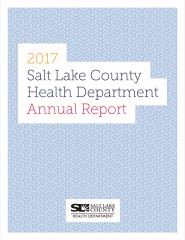 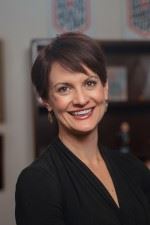 Prior to becoming executive director of Salt Lake County Health Department, Dr. Angela C. Dunn served as state epidemiologist for the Utah Department of Health and as an epidemic intelligence service officer for the U.S. Centers for Disease Control and Prevention, where she responded to the 2014–2016 Ebola epidemic in West Africa, as well as several infectious disease outbreaks in Utah including measles, hepatitis C, and campylobacter.

Dr. Dunn received her medical degree from the University of Miami Miller School of Medicine and completed her residency training in general preventive medicine and public health at the University of California San Diego. Following residency, she provided primary care, focusing on women’s and refugee health, at a federally-qualified health center in San Diego. During that time, she also worked at the San Diego Public Health Department providing specialized care in the HIV/STD and TB clinics.

In addition to her medical degree, Dr. Dunn also holds a Master of Public Health from San Diego State University and a B.A. in international relations from Brown University. She continues to be engaged in national and statewide public health efforts as President-Elect for the Council of State and Territorial Epidemiologists and trustee of the Utah AIDS Foundation.

Dr. Dunn lives in Salt Lake City with her husband and two sons; they love exploring the outdoors together year-round. 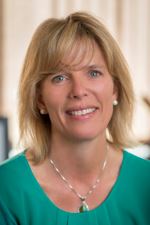 Dorothy Adams has been with the Salt Lake County Health Department for over 30 years. In 1989, she began Utah’s first household hazardous waste program by holding small, one-day collection events; the program now consists of two permanent facilities and multiple community collection events around the valley.

Before becoming deputy director of SLCoHD, Ms. Adams worked as a program manager in water quality and hazardous waste for the department’s environmental health division. 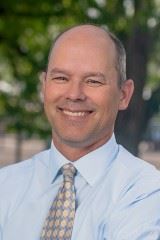 Ron Lund grew up in Salt Lake County and graduated from the University of Utah with degrees in behavioral science and health, as well as a Master of Public Health. Mr. Lund is a licensed environmental health scientist and earned certifications as an FDA standardized officer, as a HAZMAT tech, in onsite wastewater certification, and as a graduate of the Great Basin Public Health Leadership program.

Lund has been with SLCoHD since 2000. Before becoming the environmental health director, Mr. Lund worked as an inspector, supervisor, and the department’s enforcement coordinator. In collaboration with the Salt Lake County District Attorney’s Office, he started the Multi-County Environmental Task Force and established the county’s Environmental Crimes Fund.

Mr. Lund has worked in food protection, water quality and hazardous waste, and environmental health administration. As the enforcement coordinator for 13 years, he has been a team member on the department’s emergency response team, responding to HAZMAT events, environmental crime investigations, illicit discharges, restaurant fires, and health emergencies.

Ron and his wife have five children; when he’s not at work, he enjoys running, cycling, watching movies, and working in the yard with his wife. 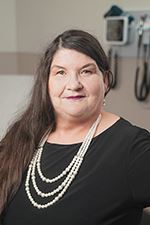 Kami Peterson is a registered nurse with a Master of Community Health from Brigham Young University. She is a Certified Breast Patient Navigator -Clinical and Imaging and also holds a certificate in gerontology. She is also a graduate of the Great Basin Public Health and Intermountain Healthcare Leadership Institutes and is currently the Utah representative for CityMatCH.

Kami started her Salt Lake County Health Department career as a public health nurse over 35 years ago. She has worked in multiple programs throughout her tenure, including infectious disease, immunization, breast and cervical cancer screening, and home visitation. In addition, she has managed the immunization and cancer screening programs, the Salt Lake and Ellis R .Shipp Public Health Centers, the home visiting bureau, and she has served as the assistant director of Clinical Services. Kami has worked to bring evidence-based practice to SLCoHD, establishing the Nurse-Family Partnership, Parents as Teachers, and BeWise women’s health programs.

In addition to her work with SLCoHD, she has worked in long-term care, urgent care pediatrics, research, and education. As a certified nursing assistant instructor, she currently mentors high school students interested in pursuing a career in nursing. 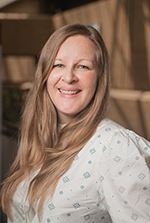 Amelia Self is a master level social worker and public health advocate with over 16 years of experience implementing programs and expanding service access and delivery to populations who have been historically underserved.

Prior to joining Salt Lake County Health Department, Amelia spent nine years at the Utah Department of Health where she led state-wide prevention, treatment and surveillance priorities and initiatives for HIV, STD, TB, Viral Hepatitis, refugee health and harm reduction programming. In this position, Amelia expanded health services for newly arrived refugees; increased funding available to support HIV prevention and treatment services, including PrEP and directed efforts to establish syringe service programming. She also served as the State AIDS Director (2014–2020) and State Refugee Health Coordinator (2012–2020). Amelia represented Utah as a voting member of the Association of Refugee Health Coordinator and served as a member of the executive board from 2015–2017. She also was appointed to the Governor’s Refugee Advisory Board and served from 2016–2020.

Prior to her government work, Amelia spent eight years at the International Rescue Committee where she led the development and implementation of health and wellness programming for newly arriving refugees and existing refugee communities. Amelia also provided sexual and reproductive health services, specifically HIV testing and pre and post testing counseling to youth living in Gaborone, Botswana along with working with Latino refugees and asylees in Toronto, Canada.

Amelia holds a BA in history from Idaho State University and a Master of Social Work with an international emphasis from the University of Utah. 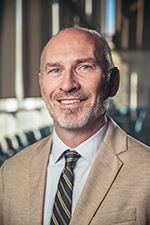 Jeff Smart is a licensed social service worker with a Bachelor’s degree in social work and a Master of Public Administration from the University of Utah. He has worked for Salt Lake County since 2000. He spent the first 15 years of his career in behavioral health before transferring to SLCoHD.

During Mr. Smart’s time with the county, he has worked as an assessment and referral specialist for the Salt Lake County jail and Utah State Prison and coordinated the Collaborative Interventions for Abusing Offenders (CIAO) program, which was the precursor to the Drug Offender Reform Act (DORA). He served as the substance use disorder (SUD) Prevention Manager for Salt Lake County and helped develope the state’s certification for SUD prevention specialists as an executive member of the Association of Utah Substance Abuse Professionals and the National Association for Addiction Professionals. Mr. Smart then served as the associate director for the Division of Behavioral Health and the prevention bureau manager for the SLCoHD’s Community Health Division before becoming Director of Community Health in 2018.

In addition to his extensive work with Salt Lake County, Mr. Smart has worked as a youth mentor, middle school counselor, case worker for the Road Home (formerly the Travelers Aid Society), and women and children’s program manager for Odyssey House.